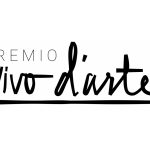 The third edition of ‘Vivo d’arte’, the competition promoted by the Ministry of Foreign Affairs in collaboration with Fondazione Romaeuropa dedicated to young Italian artists, under 36 years of age, permanently living abroad for at least one year, is launched.

The winning project will be performed as a national première as part of the next edition of the prestigious Romaeuropa Festival, which will be held in Rome from 14 September to 21 November 2021. To this end, the costs of creating and producing the winning show, the appearance fee and hospitality are covered, within the limits indicated in the Regulations.

The deadline for receiving applications is extended to 11:59 pm (Italian time) on 31 May 2021. The methods for sending applications remain the same as indicated in the Regulations available in the annex (in Italian).

Following a review of the received proposals, the project selected for the 2021 edition of ‘Vivo d’Arte’ is ‘Jeux NIJINSKY’ by Kor’sia.

Kor’sia is a collective founded by Antonio De Rosa and Mattia Russo (Directors and Choreographers), Giuseppe Dagostino (Performing Arts Researcher) and Agnès López-Río (Artistic Advisor). The company will participate in the 36th edition of the Romaeuropa Festival presenting a show inspired, as its title suggests, by the historical context of Vaclav Fomič Nizhinsky and his lesser known works created for the Ballets Russes. Between music, technology, dance and sport (the company will even drag us into a tennis court), Kor’sia is creating a responsible and sustainable project with an international scope, involving professionals from the arts and technology sectors.

Kor'sia is a collective, based in Spain, formed by Antonio de Rosa, Mattia Russo and Giuseppe Dagostino. The project was...