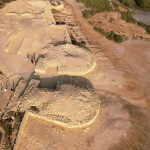 First instalment of a 1500-year-old story yet to be discovered.

An ancient walled city defended by 55 towers along the Indus delta. Today, it is the majestic ruins of that wall that mark the site of Banbhore. The town, which dominates the flat surrounding region, is bordered to the south by Gharu creek, while to the east it is bordered by a crown of dunes, dotted with marshy hollows where acacia bushes and mangroves grow.  The site consists of a fortified ‘citadel’ and a large area of extra-moenia ruins – port facilities, urban and suburban quarters, warehouses, workshops, artificial barriers.

The importance of the site is linked to its strategic location and the surrounding environment. In fact, several historical sources mention a port city, at the mouth of the Indus, which played a central role from the 3rd century BC. Scholars have associated this city with the Barbarikon emporium – mentioned by the author of “Periplus Maris Erythraei” – and with the Sasanian and Islamic port city called Deb / Debal / Daybul, first mentioned by the preacher Mani and by later sources in Arabic and Persian. Although the identification is controversial, the location and grandeur of the citadel on the Gharo suggests a connection between the site and those ancient cities.

Archaeologists have discovered other sites in the Indus delta region, but none have the same impressive architectural structures and archaeological features as those unearthed at Banbhore, covering a time span of some 1,500 years!

The Italian Mission in Banbhore

The site drew the attention of archaeologists as early as the second half of the 19th century, sparking a debate about its identity and raison d’être. In the 1950s, a Pakistani archaeologist, Dr. F.A. Khan, was the first to undertake a well-organized excavation campaign, which brought to light astonishing architectural structures and archaeological evidence.  Unfortunately, his excavation notes have been lost and only a booklet of his work remains as a guide for visitors to the site.

In 2010, the Provincial Government of Sindh decided to launch a new research campaign, with Italy as lead partner: The Site of Banbhore: a Joint Pakistani-French-Italian Project (2010-2015).  Under the direction of an Italian physicist, Professor Mario Piacentini, the researchers set up an Archaeometry Laboratory, in order to get a more complete historical and archaeological understanding of the site. Thanks to the creation of a new map using ortho-photogrammetric kite shots, in fact, new trenches were excavated that provided stratigraphy and assemblages with in situ materials and dating. In addition, geo-morphological surveys and investigations were carried out in the surrounding area, in parallel with a re-reading of historical sources in the light of the data that was gradually emerging.

December 2016: the beginning of a new Italian-Pakistani cultural friendship

Thanks to this new excavation campaign, an incredible amount of history emerged, which was celebrated by the then Italian Consul in Karachi, in collaboration with the Sindh Minister of Antiquities, Tourism and Archaeology, with a “Seminar on the research of the Italian team in Banbhore, modus operandi, main results achieved, and training given to selected elements from other Sindh universities”. Over 100 students and professors took part, while the Italian Consulate in Karachi handed out over 80 certificates of attendance. 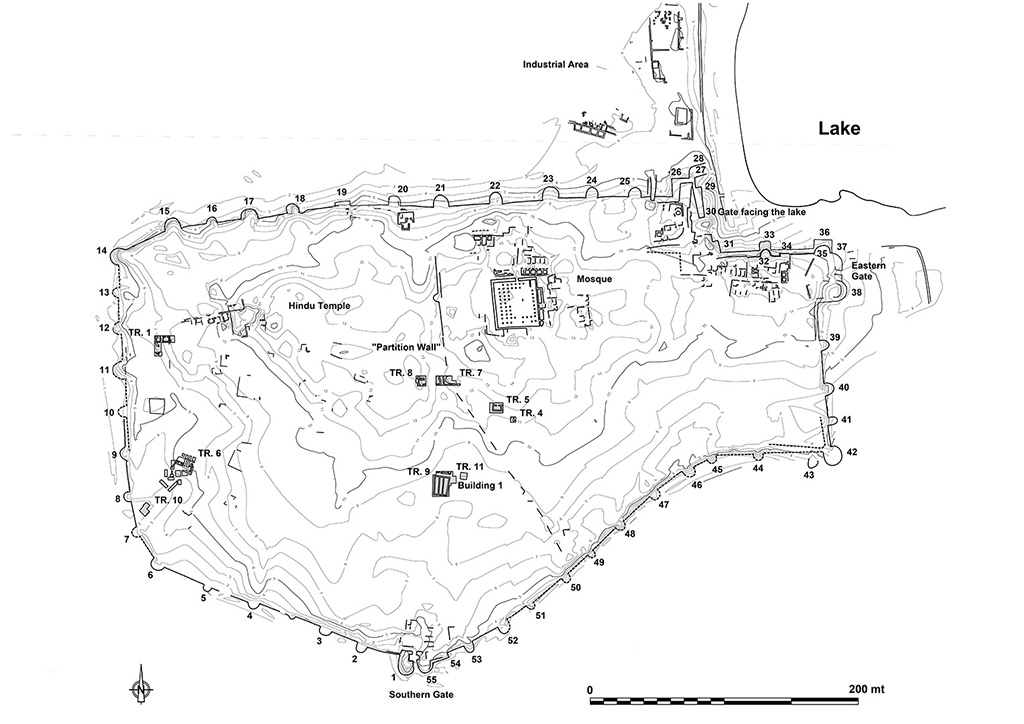 Sketch-map of the site with the excavated trenches (2010-2020) and the track of the Partition Wall.

Sketch-map of the site with the excavated trenches (2010-2020) and the track of the Partition Wall.