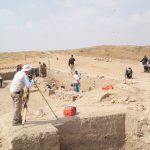 For about a millennium and a half, the Banbhore site has been one of the strategic gateways to Sindh and the riches of the East, West and Central Asia. Here one could buy Syrian glass, precious and semi-precious stones (various qualities of agate and onyx, turquoise, lapis lazuli, rubies). But also more unusual products, such as hawks from Central Asia, cotton fabrics, fine silks much in demand in Egypt or porcelain from China and South East Asia, saffron and veils from Khorasan. There was no shortage of wine, dyes such as indigo and purple, herbs and spices, pearls, amber and of course slaves skilled in many arts. The Banbhore site was an important religious centre and destination for pilgrimages to Hindu and Buddhist temples. According to tradition, it was here that the Apostle Thomas and the Prophet Mani landed when they went to the East to preach their faith.

A re-reading of written sources has led to the hypothesis that the site of Banbhore mght have been the famous port of Alexander the Macedonian mentioned by Arrian. Written sources confirm a Seleucid presence in Sindh, until the conquest by the Parthians (2nd century BC – 3rd century AD circa) and control by the Saka and Scythians, which, however, would have allowed the site to continue in its profitable businesses. This was followed by domination by the last epigon of the northern Kushana kingdom (early 3rd century AD), who would breathe new life into the site by founding its own empire. The data would also support the hypothesis that the remains of Banbhore can be associated with the port-emporium of Barbarikon described by Periplus Maris Erythraei (c. 65 AD), which ’emerged from the waters of the Indus River like an island’.

The hypothesis of ‘pre-Islamic’ phases of settlement of the site can be traced back to the analysis of architectural structures and town planning, such as the walls and towers with their typical forms. The walls show several phases of reconstruction and reinforcement. Study campaigns were therefore carried out to compare the structures found with fortifications from the Seleucid, Parthian and Kushana periods. Important analogies have been identified with regions along the northern course of the Indus, in Begram (present-day Afghanistan), in Tirmidh (present-day Uzbekistan), and others including Swat itself. Comparisons with Sasanian fortresses in the Gulf (Bahrain, Kush, Siraf et alia) clearly point to the site of Banbhore.

Equally interesting are the comparisons of the systems of organisation of the internal waters: for example, the channel that leads the water from condensation of night-time humidity to a well made of rough-hewn stone covered with mortar, and the external outflow channels of the internal waters of the site, whose outlets are clearly visible in the walls.

Finally, the organisation of the surrounding area has yielded resting quarters, cemetery areas, and an important bridge-dam made of large, freshly hewn blocks, very similar to gabrbands and related massive structures in Makran and Kharan.

Study of the excavation trenches

From the excavation trenches, coins, ceramics, imported Chinese porcelain, metal objects showing considerable skill in smelting and working, and glass of probable Syrian origin emerged. The assemblages of the pottery found and the related reference levels have provided an initial insight into the complexity of the relationships in pre-Islamic times between the Banbhore site and other archaeological sites, both inland and along the Arabian and Iranian coasts, and South-East Asia.

In 2016, it was finally possible to give the Banbhore site a historical name: Dib (for sources written in Arabic) / Deb (for sources written in Persian), with specific reference to the Sasanian era (beginning of the 3rd-8th century AD). For the Islamic period, an important port city at the mouth of the Indus, called Daybul/Dybul (in Arabic) and Debol (in Persian), is regularly mentioned. In addition, a wealth of literature in Arabic and Persian languages, mainly chronological, as well as works by travellers and merchants, confirm the findings of the excavations and allow the site of Banbhore to be given a historical name. 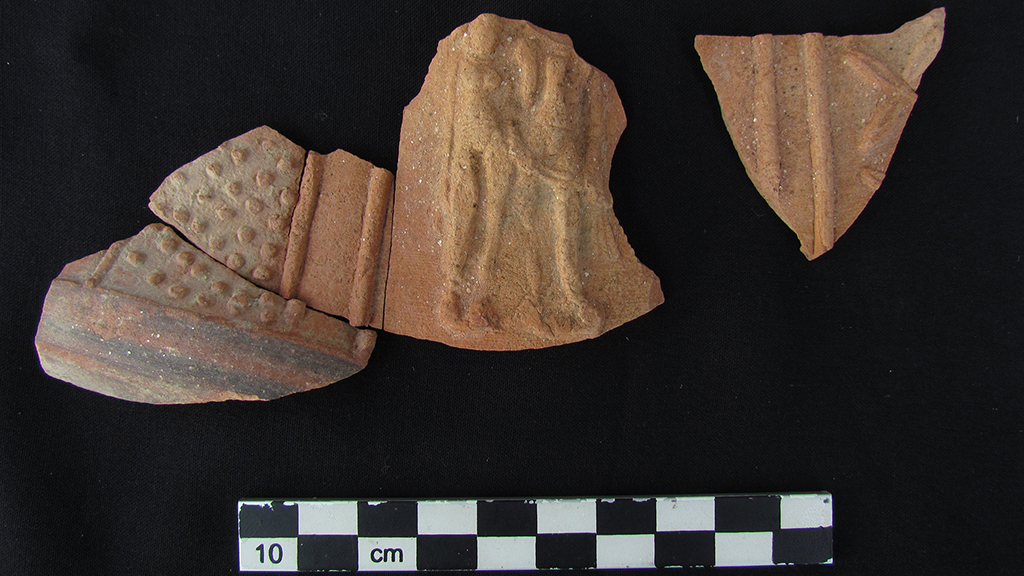 From the deepest layer (1st Century b. CE circa): unglazed closed vessel with moulded relief decoration, dusted mica and red and black painting. A female and male couple (2015) - Courtesy of the Catholic University of the Sacred Heart – Milan.

From the deepest layer (1st Century b. CE circa): unglazed closed vessel with moulded relief decoration, dusted mica and red and black painting. A female and male couple (2015) - Courtesy of the Catholic University of the Sacred Heart – Milan.