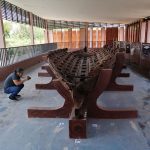 The use of Indonesian wooden boats.

The mission of Napoli University  ‘L’Orientale’, with the co-financing of the Ministry of Foreign Affairs and International Cooperation and directed by Prof. Chiara Zazzaro, studies ancient Indonesian shipbuilding processes. Prof. Antonia Soriente works in the mission too, as a linguist and expert in the linguistic and cultural context of Indonesia.

For the column ‘Let’s talk about Arhceology’, prof. Zazzaro updates us on the research in progress.

The construction of wooden boats is rapidly disappearing everywhere in the Indian Ocean. For this reason, in recent decades the interest and commitment of scholars, archaeologists and ethnographers has increased for this important cultural heritage which includes ancient and contemporary wooden boats, their socio-cultural context and the knowledge related to shipbuilding.

The Malay-Indonesian archipelago includes an extraordinary variety of boats which for centuries have determined the movement of people, goods and ideas in Southeast Asia. The construction features can vary greatly depending on the geographic area, the materials available and the socio-cultural context. Therefore, the knowledge of boats and construction traditions reflects important aspects of the maritime identity in these regions.

In Indonesia, the best known and most detailed representations of boats date back to the 9th century AD, on the bas-reliefs of the Buddhist temple of Borobudur. These large ships equipped with rectangular sails, bipedal mast, side rudders and outriggers are the oldest evidence of this type of boats whose peculiarities can still be traced today in some contemporary boats, but often adapted according to new materials and shapes.

The so-called ‘shell’ construction, with no pre-established written plans and the use of wooden pegs to join the planking boards, is found in the archaeological remains of boats dating back to at least the 7th century AD onwards, as well as in shipyards in the Bulukumba region (in the South Sulawesi Province) and in the village of Lamalera (east of Flores in the East Nusa Tenggara Province). Furthermore, the use of non-electric tools is still attested for the execution of some particular boat constructions.

However, the transmission of knowledge from old to young builders is today increasingly limited by the need to increase production and respond to market needs. Boatbuilding traditions, in fact, are not ‘static’, but tend to change constantly, according to the introduction of new materials, technologies and external influences.

The project aims to produce a documentation of contemporary boats and shipbuilding characteristics in the Bulukumba district (in the South Sulawesi Province) and in the village of Lamalera (in the East Nusa Tenggara Province)  and, as regards to archaeological evidence, in Punjulharjo (in the Central Java Province): in order to understand the technological changes, transitions, and the different constructive choices, in a diachronic perspective but fundamentally limited to the contemporary period and to the 7th-9th century AD (period of the available archaelogical record).

To achieve this, the processes of building ancient and contemporary boats, terminology, construction and use of boats are documented and studied; the transmission of knowledge and conservation strategies of this heritage is investigated in collaboration with local researchers and communities.

The result will be a detailed technical documentation of some case studies, a thematic dictionary of technical and cultural terms relating to shipbuilding activities and short films describing the life and activities of shipyards and archaeological documentation. A further objective of the project is therefore to share the knowledge acquired in order to promote awareness of the maritime heritage in the region and to preserve the peculiarities and knowledge that are slowly disappearing and that could inspire future sustainable production strategies.

For the documentation of the boats the photogrammetry method will be used. The 3D models obtained from photogrammetry will be used to extrapolate ship lines and construction plans. This method will allow to obtain a detailed and complete graphic description of Indonesian naval architecture and permanent documentation of the different types of boats. The project envisages close cooperation between ‘L’Orientale’ University and Universitas Indonesia together with the National Center for Archaeological Research (Puslit Arkenas), and the involvement of local communities. 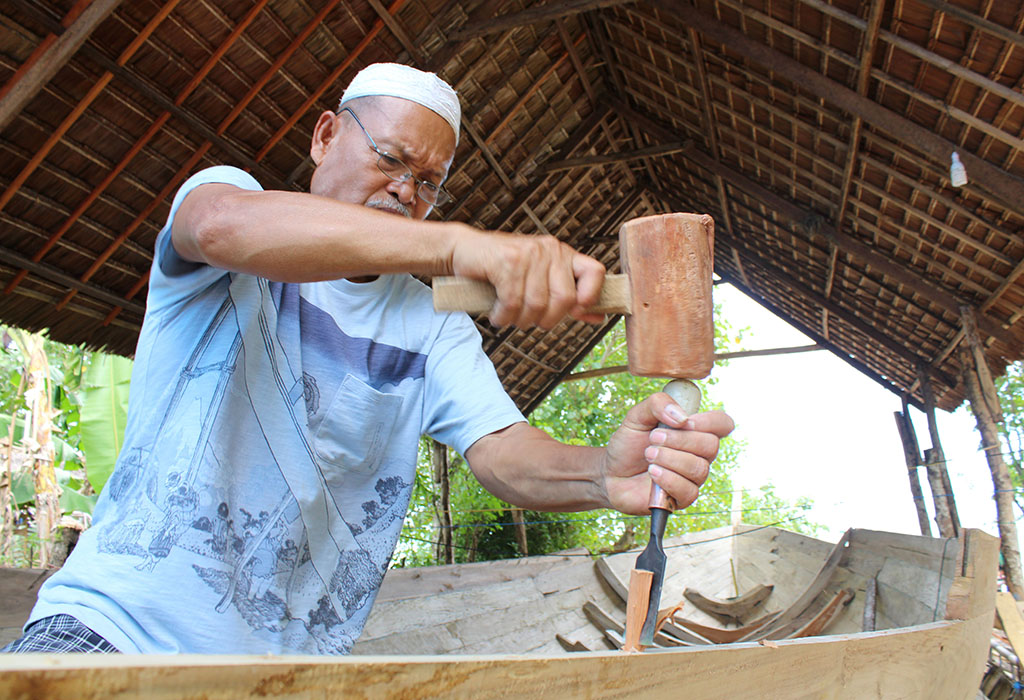 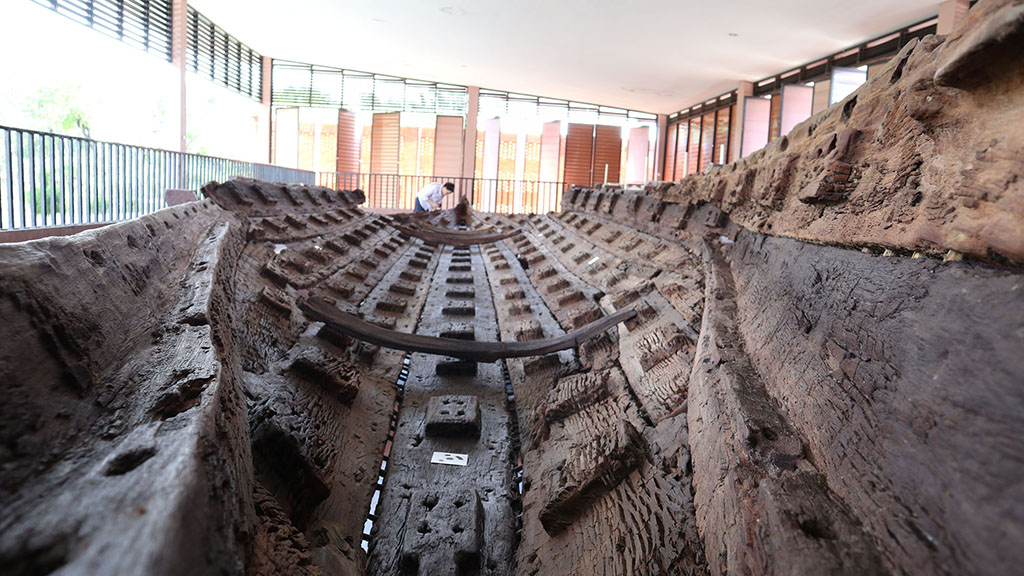 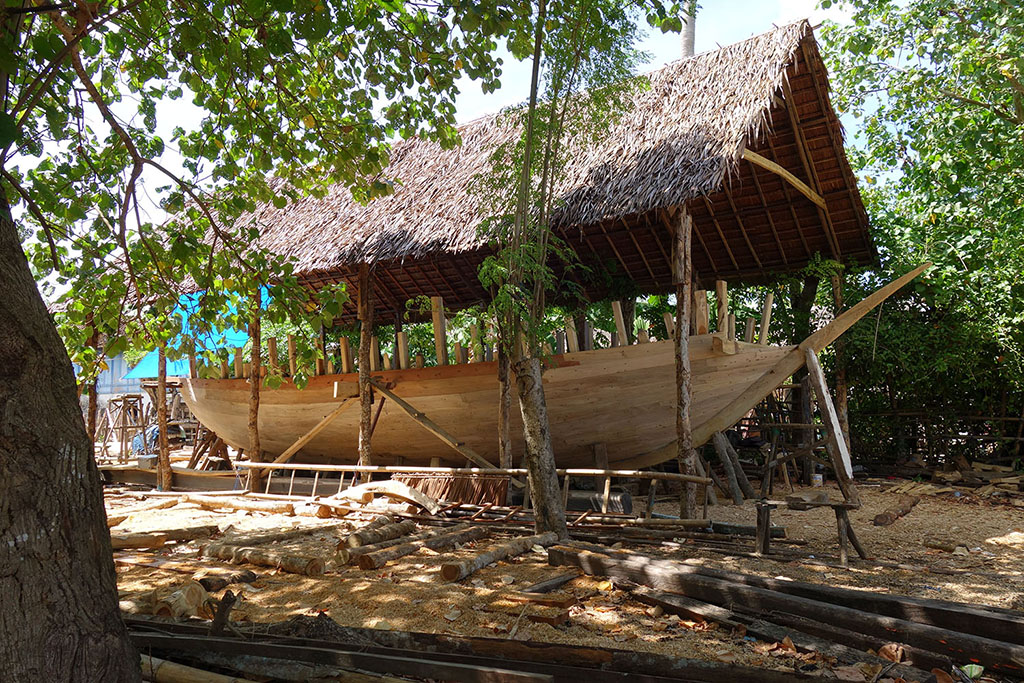 Photogrammetry of the Punjuhajo Boat