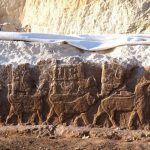 The Prize was awarded to Prof. Daniele Morandi Bonacossi.

On November 26th, as part of the 23rd edition of the Mediterranean Exchange of Archaeological Tourism in Paestum, Prof. Morandi Bonacossi was presented with the ‘International Archaeological Discovery Award ‘Khaled al-Asaad’ for 2020.

The Prize is named after Khaled al-Asaad, the Director of the archaeological site of Palmyra who paid with his life for the defense of cultural heritage. It was awarded to Prof. Daniele Morandi Bonacossi, director of the Italian Archaeological Mission in Iraqi Kurdistan supported by the Ministry of Foreign Affairs and International Cooperation, for the discovery of ten Assyrian rock reliefs depicting the gods of Ancient Mesopotamia. The discovery took place in Iraq at the site of Faida 50 km from Mosul.

The discovery is the result of excavations conducted in Iraq by the Mission ‘Regional Archaeological Project Land of Nineveh PARTEN’ since 2012. The excavation area covers 3,000 square kilometers and from the 12 sites documented in 2012 it has passed to the current 1,300. These are, in fact, two discoveries: the network of canals and aqueducts that marks the transition from rain-dependent agriculture to irrigation crops, and ten colossal stone reliefs depicting sovereigns and deities of the Assyrian empire.

Ten rock reliefs of almost 5 m wide and 2 m high and the adjacent Assyrian canal, 6.5 km long, were brought to light. The reliefs date back to the VIII-VII century BC.C and were carved along the wall upstream of the canal cut into the rock to irrigate the surrounding countryside. On each relief is represented the procession of the statues of the seven major deities of the Assyrian pantheon, each placed on its sacred animal facing south, in the direction of Nineveh. The procession is opened and closed by the figure of the sovereign. On two reliefs a different scene is represented: two figures representing the king at the north and south end of the panel, flanked by a column with a proto-wind capital, to depict a pavilion that framed the scene. Between the two figures of sovereigns is represented the procession of deities on their sacred animals on a reduced scale.

The other four archaeological discoveries of 2019 nominated for the victory of the 6th edition of the Prize, in addition to that of Prof. Daniele Morandi Bonacossi, were: 1) Cambodia: the lost city of Mahendraparvata capital of the Khmer empire in the forest on the hills of Phnom Kulen northeast of Angkor;  2) Israel: in Motza 5 km north-west of Jerusalem a Neolithic metropolis of 9,000 years ago; 3) Italy: in Rome the Domus Aurea unveils a new treasure, the Hall of the Sphinx; 4) Italy: in the ancient city of Vulci a statue of Etruscan origin depicting a winged lion of the sixth century BC.C. 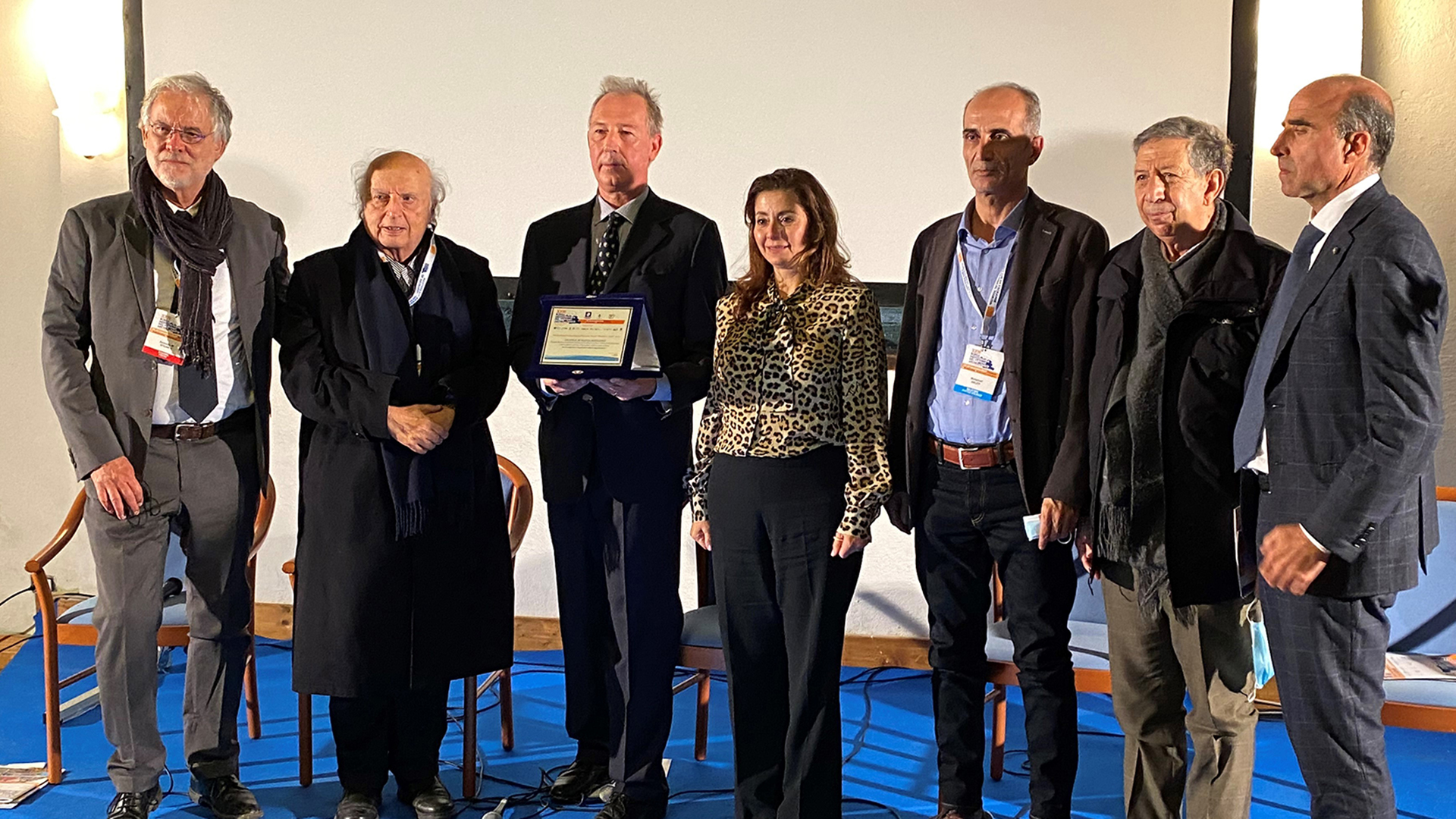 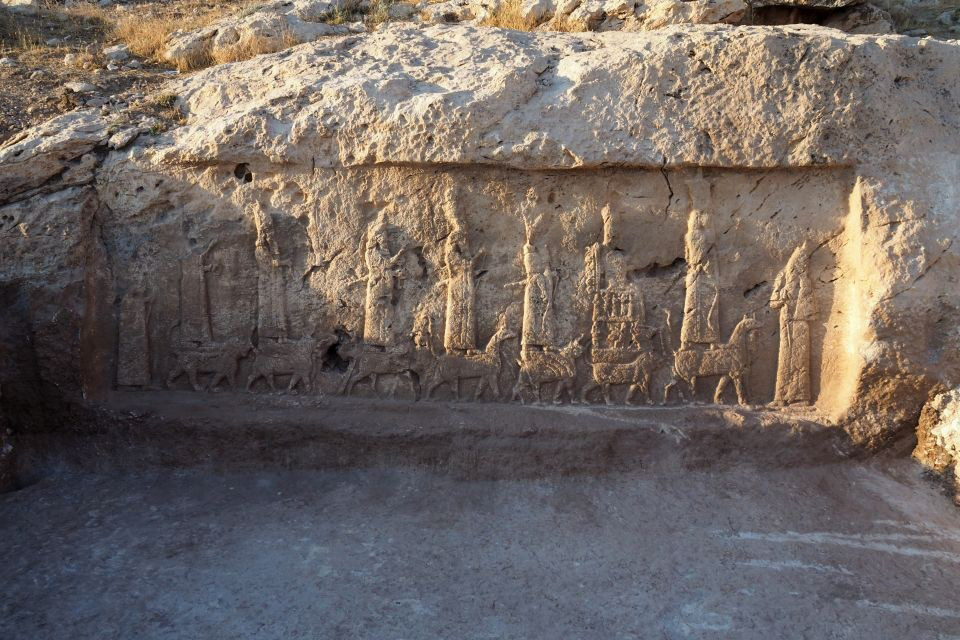 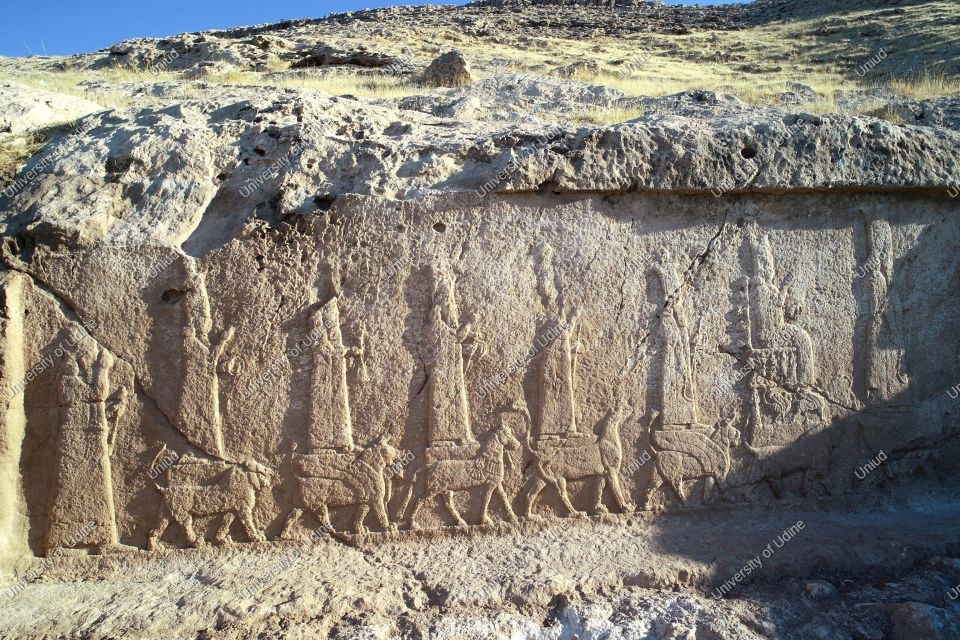