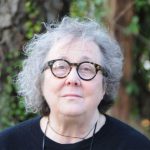 Portal of the Italian language
Categories: Culture and creativity -Cinema and Audio-visual -Literature and Publishing

Annarosa Buttarelli, philosopher and scientific director of the Scuola di Alta Formazione Donne di Governo, and one of the founders of Mantua’s Festivaletteratura, comments on our project ‘‘Ritratti di Donne’ (Portraits of Women)

Professor Buttarelli, how do you read and interpret, in the light of your philosophical reflection, an initiative such as ‘Ritratti di Donne’?

The ‘Ritratti di Donne’  bears witness to one of the valuable new developments of our times, which many are quick to describe as ‘dark’. The novelty lies in the leading role played by women in world public life and, at the same time, in the step forward taken by feminism, which has set out to form the so-called ‘fourth wave’.

In 2013, when I wrote ‘Sovrane. L’autorità femminile al governo’ (Il Saggiatore), I celebrated the beginning of the third Italian wave: not distancing ourselves from patriarchal institutions, but rather laying claim to having a say in transforming them and creating new ones with female roots.

Now, the next step involves the assertion of female authority in world affairs and, above all, in the way in which the many relationships that make up the world are oriented, including those between women and men. The keys furnished by reflection and the politics of gender difference are, in fact, incomparable and indispensable tools to show how women’s genealogical authority can generate the best and ‘more’ for all.

In Italy, we have a huge advantage because, from Carla Lonzi’s reflections to the experience of the Libreria delle Donne (Women’s Library) in Milan to the Comunità Filosofica Diotima (Diotima Philosophical Community), of which I have been a member since 1988, we have contributed surprisingly quickly to creating what we have called the symbolic order of the mother.

However, in Italy, this advantage does not yet fully match the transformation of the actions and thoughts of women who occupy decision-making or representative positions. It is clear to anyone that they are content to linger in the third wave, the one that broke the famous ‘glass ceiling’. This achievement is not enough if it is not fuelled by good relations between women and a radical transformation of the self, through entry into the symbolic order of the mother.

How can this kind of reflection translate into good practice?

For all the above reasons, I created the ‘Fondazione Alta Formazione Donne di Governo’ (Foundation for Higher Education for Women in Government), as a place for the training and personal transformation of women and men who want to think beyond dichotomies and exclusions, beyond the radical binary of friend/foe, being/not being, etc. I am the scientific director of the School, which is working intensively in partnership with a number of Italian state universities, local authorities, schools, associations of doctors, and a number of large public and private companies. The aim is to provide women who govern by deciding and/or governing by directing with a different and high-quality training, so that a new mindset can be developed that goes beyond patriarchy and fratriarchy (as some political thinkers like to say).

What can you tell us about the more than twenty years’ experience of the Festivaletteratura of Mantova, of which you are a founding member? What has it meant for the city and the territory, as well as for the authors involved over all these years?

The International Literature Festival that we have created in Mantua, the first festival of its kind in Italy, has helped make the city known and admired all over the world. It is said that in Morocco, the USA and Russia if you say ‘I’m from Mantua’ they answer ‘wow! The city of Festivaletteratura!’. That’s not bad. We came up with the direct relationship between authors and their audience without the interface of critics, ceremonies or institutions. We are still one of the few festivals that are completely independent and run by the seven volunteers who designed it and brought it to this point after 25 years of work. We invented a new way of delivering cultural policy advanced and supported by 700 volunteer young men and women. We have created 11 permanent jobs. A Bocconi study showed that for every euro we spend we generate 10 in the area. Authors still say today that they are happy in Mantua and that it is the best festival in Europe. We have created an open access archive that is of inestimable cultural value. I could talk about this for hours. I would just like to add that Festivaletteratura was born from and follows the work of another cultural project of mine in Italy (which has also lasted 25 years): the Scuola di Cultura Contemporanea (School of Contemporary Culture), which won the ANCI Award as the best national cultural project.