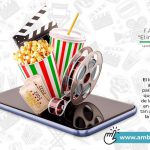 Portal of the Italian language
Categories: Culture and creativity -Opportunities -Cinema and Audio-visual

“Fare Cinema” unveils its website with 70 short films on Italian immigration to Venezuela.

The new website for the short film competition “Fare Cinema – El inmigrante italiano” (farecinemavenezuela.com) has been launched, making 70 short films available to cinema lovers; 70 stories that tell but a small number of the thousands of stories of people leaving Italy to settle in Venezuela, but never lose their love for their homeland. In addition to gathering all the films submitted during the first two editions, the website acts as the new official means of communication for the competition, the  goal of which for 2022 is to establish itself as an audiovisual showcase and reference point for cinema in Venezuela.

“Fare Cinema” is an initiative sponsored by the Ministry of Foreign Affairs and International Cooperation to promote the film industry across the world and is organised by the Embassy of Italy in Venezuela, the Consulate General of Italy in Caracas, the Consulate of Italy in Maracaibo and by the Italian Cultural Institute, in collaboration with the Committee of Italians Abroad (Comites), the ICE Agency (ITA), the Italo-Venezuelan Chamber of Commerce (Cavenit), the Dante Alighieri Society of Maracay and the Trasnocho Cultural Center .

The launch of the “Fare Cinema – El Inmigrante italiano” competition website is a demonstration of our commitment to supporting the film industry and to protecting and promoting this initiative over time. It acts as a quality benchmark for the audiovisual productions made in our country which tell both the history and the values of our compatriots and of the generations of Italo-Venezuelans who have reaped the fruits of their efforts in Venezuela,

The www.farecinemavenezuela.com website provides visitors with all of the official information relating to the third edition of the competition, partner institutions, privacy policies, contact details, press releases as well as promotional videos and tours. In particular, the site gathers together all of the productions that were submitted for the first two editions of the competition. There is a total of 70 documentaries, animations and fictional short films, seven of which won prizes and a further five that obtained special mentions.

Fare Cinema has proved to be an excellent way to closely observe the complex social phenomenon of Italians settling in Venezuela: merchants, entrepreneurs, artisans, artists, trade experts, intellectuals or scientists that, thanks to their skills and abilities, adapted to their new country and succeeded in improving their living conditions as well as contributing to the development of Venezuela.

The application period for the third edition of the competition closed on Friday, May 13th, with 31 films having been submitted. The jury’s decision will be announced on June 4th on the websites www.ambcaracas.esteri.it, www.conscaracas.esteri.it , www.cavenit.com and www.trasnochocultural.com and via the social media channels of the organising bodies.

On 4 December 2020, during the XIII edition of the Festival de Cine Italiano de Madrid, the Director of the...