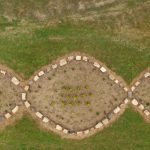 A symbolic work to reconcile opposites and sow a seed of peace in a context of high social and political fragility.

If thinking that differences can trigger peace is utopian, the project designed and completed in the ancient Hittite capital of Karkemish (Turkey) suggests a profound reflection on the subject.

A project conceived and completed in the ancient Hittite capital of Karkemish (Turkey) prompts a profound reflection on these lines. In fact, the installation of the Third Garden aims to represent a symbol of hope, union, transformation, and synthesis between opposites, i.e. natural vs. artificial aspects. The denomination of the installation derives from the ancient Greek word Paradeisos (παράδεισος), which in turn comes from a Persian word (pairidaeza) denoting the parks of Persian kings and nobles.

The 30-metre long artwork, consisting of two contiguous circles at the estremities of a central circle, was designed on the ground by the archaeologist Nicolò Marchetti, full Professor of Near Eastern Archaeology in the Department of History and Cultures of the University of Bologna, with the direct collaboration of Michelangelo Pistoletto, the famous Italian artist and one of the main representatives of the Italian Arte Povera. In the intention of the artist,

the Third Garden represents a symbol that pacifies opposites, heals differences, promotes new models of participation in life by resolving conflicts, activating responsible practices that pacify us and give us the right to belong to our planet guaranteeing equal dignity to all the species that inhabit it.

The work was officially unveiled on April 8th 2022 with an inaugural ceremony to which Pistoletto himself intervened remotely. For creating the installation, ancient stones, quarried in the 10th century AD, but originally coming from Roman and Hittite levels of Karkemish, were used in “a culturally representative way”. Within the loops of the representation, medicinal plants, such as rosemary and lavender, trees and bushes of the local flora were planted. This would represent a sort of “hortus conclusus” in the words of the artist.

The ancient city of Karkemish, located near today’s Karkamış and Jarablus, between Turkey and Syria, sits on the western bank of the river Euphrates, in an area that was among the cradles of civilisation, and preserves archaeological wonders that reflect centuries of hegemony of the Hittite, Neo-Assyrian, Neo-Babylonian and Achaemenid empires.

Since 2011, the University of Bologna, together with those of Istanbul and Gaziantep, under the direction of Professor Nicolò Marchetti with Hasan Peker as his deputy, has conducted annual excavations in Karkemish, bringing to light the remains of one of the most important archaeological areas in the world. The Turco-Italian Archaeological Expedition at Karkemish is supported also by the Italian Ministry of Foreign Affairs and International Cooperation, the Italian Ministry for University and Research and the Sanko Holding.

As the Italian Ministry of Foreign Affairs allows the use of part of the budget in a ‘green’ way’ (green clause), when the metropolitan municipality of Gaziantep, in the figure of the mayor Fatma Şahin asked Marchetti’s team to create a garden near the archaeological area, the funds were enthusiastically allocated for the creation of the land-art installation ‘Third Garden’.

The presence of this installation in a territory characterized by socio-political fragility, because of events connected with conflicts within the Syrian border aims to emphasize how cultural differences should represent a priceless treasure of modern civilization, rather than sources of tension and divergence. 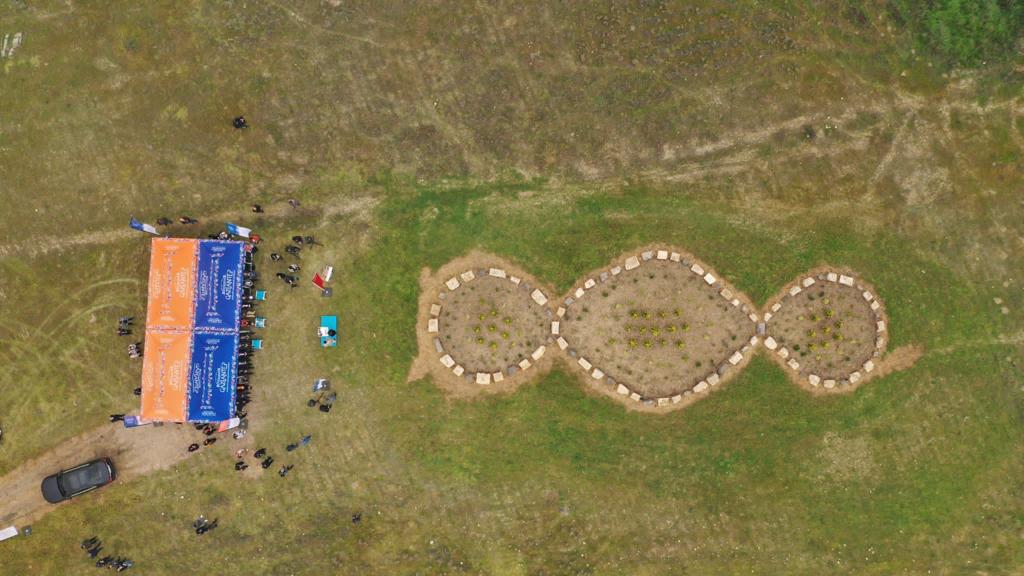 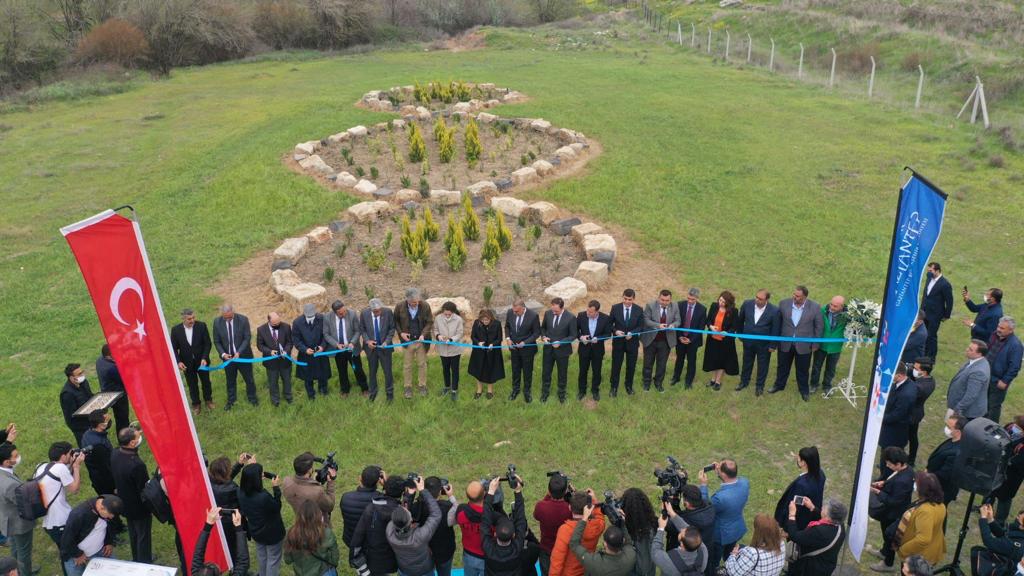 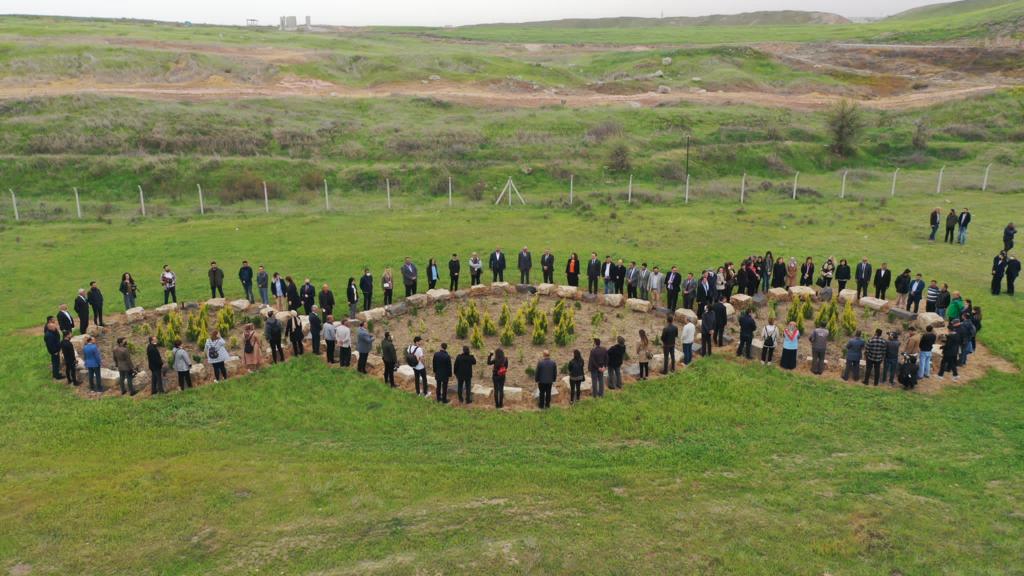 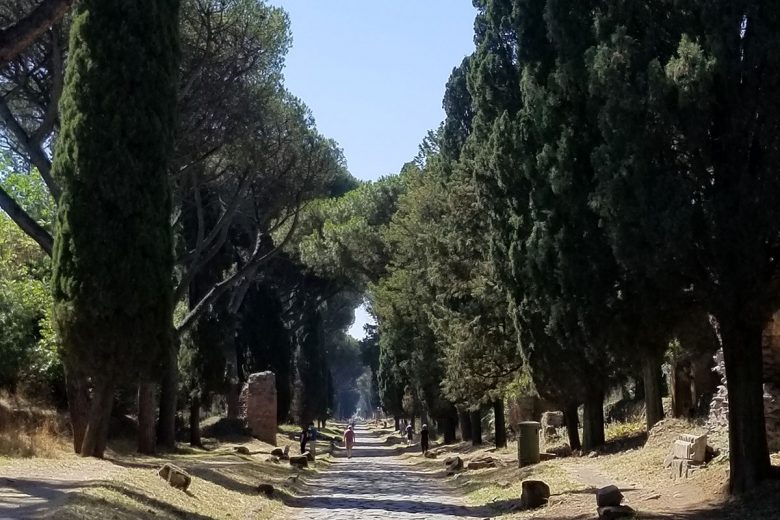