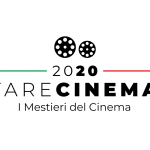 Video lessons on professions in film as described directly by the protagonists of the Italian scene.

Four video lessons to learn first-hand about the professions in film, as described by those on the inside.

Marco Dentici is one of the most important Italian set designers, winner of the David di Donatello for ‘Vincere’ (2010) and the Nastro d’Argento Silver Ribbon for ‘Fai bei sogni’ (2017) and ‘Sicilian Ghost Story’ in 2017. During his career he has worked with directors such as Gabriele Salvatores and Marco Bellocchio. In his video-lesson, Dentici describes the fundamental importance of the set design for the success of every cinematic and audiovisual product.

Eva Coen is a highly experienced costume designer, boasting numerous Italian television and film productions, including ‘Terraferma’ (2011) and ‘Respiro’ (2002). In her video lesson, Coen explains the complex profession of the costume designer, from creative genius to the ability to solve last-minute problems on set.

Carlo Poggioli is an internationally renowned costume designer. He has overseen the creation of costumes for Federico Fellini, Martin Scorsese, Terrence Malick, Terry Gilliam, in movies such as ‘The Name of the Rose’ (1986), ‘The age of innocence’ (1993), ‘The voice of the moon’ (1990), ‘The English Patient’ (1996). In recent years he has worked with Paolo Sorrentino for ‘Youth’ (2015), ‘Loro’ (2018), ‘The Young Pope’ (2016) and ‘The New Pope’ (2020). In his video lesson, Poggioli talks about his experiences with the maestros he has met in his career, including Federico Fellini.

Isabelle Caillaud is a costume designer for cinema, television and theatre. In her video lesson, she talks about her long experience and the stages of preparation that a costume designer deals with within film production, from design to creation.

We would like to thank the Italian Association of Set Designers, Costume Designers and Set Dressers, ASC.