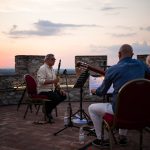 The music of the Gabriele Mirabassi Trio from the Rocca del Leone in Castiglione del Lago.

The trio led by Gabriele Mirabassi closes the first series of ‘JazzLife, Life in J major‘, the format conceived by Umbria Jazz and promoted by the Ministry of Foreign Affairs, with a concert set in the Rocca del Leone in Castiglione del Lago with:

Gabriele Mirabassi is an Italian clarinet player who is equally at ease with both classical music and jazz. In recent years, his work has focused on Brazilian and South American instrumental folk music. He systematically collaborates with artists in very different fields, participating in theatre and dance projects and singer-songwriting. On the jazz scene, he has played with: Richard Galliano, Enrico Rava, Enrico Pieranunzi, Marc Johnson, Guinga, André Mehmari, and many others; in the field of classical music, with great names such as John Cage, Mario Brunello, Andrea Lucchesini, Marco Rizzi, Marchigiana Philharmonic Orchestra, Abruzzo Symphony Institution, Banda Sinfonica do Estado de Sao Paoulo, Ensemble Conductus and Bruno Maderna Orchestra.
Accompanied by Nando Di Modugno on guitar and Pierluigi Balducci on acoustic bass guitar, Mirabassi is the author of ‘Amori sospesi‘: a magical project, where the music becomes a crossroads of peoples and cultures, land of open arms, true place of the soul. An evocative and fascinating musical journey from the Mediterranean to South America, with echoes of jazz, folklore and classical tradition.

The place chosen for this concert is equally suggestive: the Rocca del Leone, which dominates the eastern area of Castiglione del Lago, towards Lake Trasimeno. The fortress stands on the ruins of the Castello del Leone, which was destroyed during the war between Perugia and Arezzo at the end of the 12th century. The current structure is in the shape of an irregular pentagon with four towers at the main corners. Works to build the fortress began at the start of the 13th century, under Emperor Frederick II of Swabia, as part of the central defence system that, starting in Puglia, ran right across Italy. Like all strategically important castles, it suffered several attacks and underwent as many restorations. Among them, in 1554, Ascanio I created a series of Italian gardens inside the castle walls, and replaced two towers with cylindrical ramparts; he also commissioned the noble palace, built from restored 14th-century buildings, apparently based on a design by Vignola. 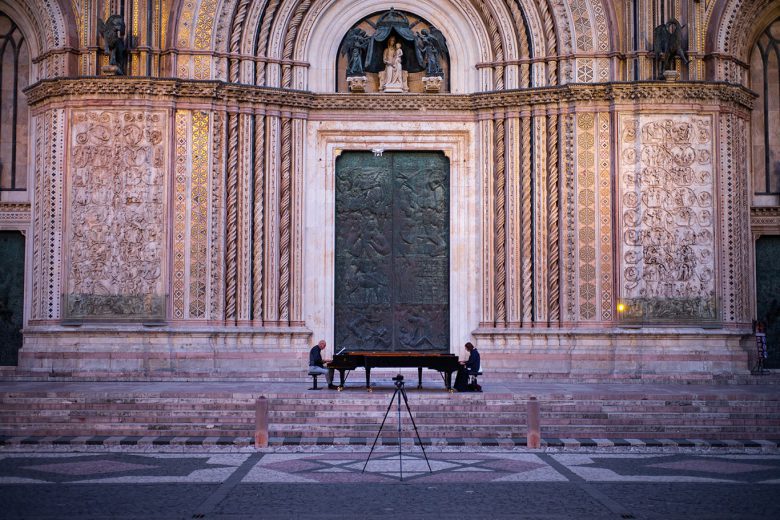 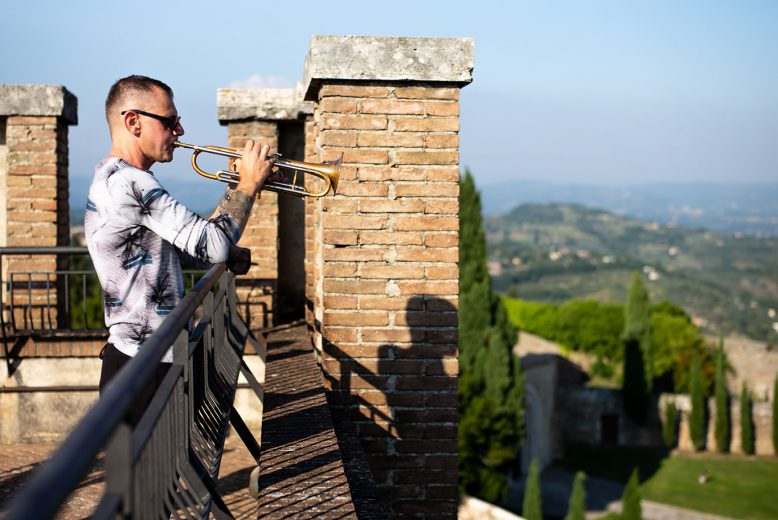