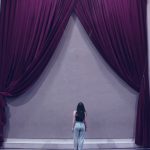 The 13th edition of the school project, this year dedicated to cinema and theatre, ends with the International Festival

The 13th edition of the OTiS international school network Festival will be held from June 30 to July 4, 2021. It represents the final moment of the work carried out during the year by the Italian schools participating in this innovative teaching activity.

Born in Rome in 2004 and promoted by the Ministry of Foreign Affairs since 2018, the OTiS project involves many schools around the world. The inspiring principles of this initiative are focused on the importance of theatre in school education and on the choice of the theatrical medium as a pedagogical tool for an intercultural and inclusive didactics.

In particular, this year’s initiative is focused on the transposition of the language of theatre to a cinematographic context. The new project “OTiS dalla scena al set” (“OTiS from the stage to film set”) has encouraged the students to transfer the knowledge and skills, which they learnt at theatre workshops, to the audio-visual field, introducing them to both video-makers’ practices and film acting.

The primary objective of OTiS is the creation of a system of schools both in Italy and abroad, united by the ambition to include theater in school curricula as a method to stimulate the development of multidisciplinary skills and abilities. The educational and learning path, in fact, is not intended to be confined to the final moment of the theatre performance only, but is also linked to the whole process leading to the representation of reality through the scenic form. The project thus aims to teach the use of different languages and media, promoting the development of interpretative skills related to communication in a global sense.

The “OTiS method” includes two types of activities: training and workshops. The training activities, conducted by pedagogists, experts and theatre technicians, are mainly addressed to the teachers of the Network who can then transmit the acquired skills to their students during the theatre workshops.

The workshops represent the moment of activation of working groups: structured as real theatre companies, they involve the students in all the activities related to the production of a performance. The students are also assigned roles of co-conducting the workshop itself. The foreign networks already active are OTiS-Athens and OTiS-Moscow, with an expansion project through the creation of the OTiS-Paris and OTiS-Zurich networks.

The open approach to welcoming and sharing ideas and experiences from the network naturally directed the project towards an extension to the international dimension, involving Italian schools around the world. The theatre is interpreted as a tool for representing other realities, educating to knowledge and respect.

In addition, the initiative represents an excellent channel for creating bridges of connection between the Italian and the foreign school systems, thus strengthening a shared sense of belonging, and contributing to the spread of our language and culture. The foreign context also appears as a territory of cultural contamination with other countries: students and teachers of the foreign network can contribute to transmitting the lively and multifaceted character of the Italian culture and language to the neighboring schools, in a process of mutual enrichment and consolidation of international artistic connections.

The international Festival, which is an annual event of debate and exchange, collects and brings to a conclusion the experiences of the students who participated in the activities of the workshops. This year’s edition is characterized by the participation of 16 schools, each of which will be involved in the festival with an original show. Live video streaming of the launch event, scheduled for June 30, 2021 at 10.00 (Italian time), and screenings of the stage performances and short films will be provided on the Facebook page of the OTiS Network.