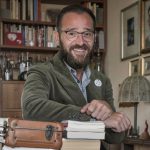 An interview with Agostino Riitano, who headed up Procida’s application process and will take us on a journey to discover this enchanting island in the Gulf of Naples.

Heading up the hills towards the countryside, my island has solitary lanes enclosed between ancient walls, beyond which orchards and vineyards stretch out, looking like imperial gardens. It has a number of beaches with light, delicate sand and other smaller shores, covered with pebbles and shells tucked awayamong the great cliffs.

This is how Arturo Gerace, the main character in Elsa Morante’s novel ‘Arturo’s Island’ (Strega Prize winner in 1957), describes Procida, the smallest island in the Gulf of Naples. The island will now have the starring role in a new and exciting chapter of its recent history: being the Italian Capital of Culture 2022. A year that we are hoping will mark a new start and a rebirth, after the difficult global crisis we are currently facing.

We’re talking about this important recognition, keeping an eye to the future, with Agostino Riitano, Director of the Procida’s application to become Italian Capital of Culture 2022.

Let’s start by introducing this magical place that is not yet universally known: how would you describe the island of Procida to those who have never visited it? If we were to imagine a return to the Grand Tour tradition of the last century, why should this island absolutely be included as a stop-off on a trip to Italy?

The island perfectly embodies the idea of  authentic Mediterranean culture. Procida is extremely different from the other islands in the Gulf of Naples: its economy has always been based on the sea, many of its people  are sailors and – compared to Capri and Ischia-mass tourism has not  reached here yet. Procida doesn’t come to life during the summer only to then remain dormant in the winter: its population density, its identity and its traditions make it a lively place to be all year round. It boasts considerable scenic beauty which many masterpieces of literature and cinema have chosen to exalt; however, it is this island’s intangible heritage, that really represents its added value, and this is why Procida is a must-see destination on any trip to Italy. Here, on such fertile ground, we intend to generate a sustainable collaboration between the Procida community and its visitors, becoming a role model for other small Italian islands, which Procida shall continue to represent, and for Italy’s inland towns that we began liaising with a long time ago, successfully creating an effective and exciting cooperation.

Procida being named as the Italian Capital of Culture 2022 has stirred up a lot of excitement in Italy. So, would you say that the idea of creating healthy competition between territories is working when it comes to cultural planning? What has surprised you most in achieving this result?

We have always believed in the possibility of becoming the Italian Capital of Culture. So, I can’t really say that I was all that surprised. I believe that the commission understood that the Procida project represents a shift in our country’s cultural paradigm: it’s not just about cities of art and great cultural attractions, but also the extraordinary cultural heritage that can be found in small towns. We are convinced that the ‘minor’ concept does not necessarily mean being small and marginal, but rather often contains a glimpse of things to come and of change. In this regard, our victory embodies a change in the Italy’s cultural policies: when the world of culture starts up again, it must be polycentric and widespread, starting from precisely those cultural dimensions that can also bring the cultural universe and citizens, and citizens and guests, closer together. As for healthy competition between territories when coming up with proposals, in our case this resulted in a fruitful cooperation with the other nine finalists; this undoubtedly confirms that Minister Franceschini made the right decision when he launched the Italian Capital of Culture initiative back in 2014 – it is no coincidence that the French Ministry of Culture has also adopted the same idea this year, appointing its own capital of culture for the first time.

You have coined the slogan ‘La cultura non isola’, literally ‘Culture does not isolate’, and this has also been translated into many different languages, which is a wonderful gesture of openness towards the entire world. How did you come up with this concept and what will it mean in terms of programming?

We created our slogan before the pandemic. Today, it has proven to be more relevant than ever, but we were already deeply convinced – well before COVID-19 turned our lives upside down – that culture is, above all, a matter of forming bonds and taking care of others. We translated the slogan into over twenty different languages thanks to our partnership with the L’Orientale University of Naples. ‘Culture does not insolate’ has since become our collective hope that the world of culture will start up again after all the long closure: with Procida 2022, we will strive to become a symbol for the great collective force that can restart Italy’s cultural ecosystem. Today, ‘Culture does not isolate’ is an even stronger call to action because, for us, the island is a metaphor for modern people: we are all like islands, creating our own archipelagos where culture has to be the mortar that holds them together; this is even more true following the effects of the pandemic.

With regard to our project, we’re focusing on the opportunities that can be offered to those defined by Agenda 2030 (the document adopted by the governments of the 193 UN member states) as ‘critical agents of change’: children, young women and young men. We will turn the island into a laboratory of social happiness, with inclusive educational and cultural programmes. A second asset is represented by cultural and creative enterprises, whose sustainable development – key for Italy’s green evolution – is of vital importance. Social innovation and urban regeneration, in line with the ‘Plan for the South 2030, development and cohesion for Italy’, drawn up by the Italian government, will turn Procida into a laboratory for an environmentally friendly transition, creating a new, more interconnected and inclusive idea of the country’s southern regions.

Recurring themes in your presentation are sharing, inclusion and harmony; today, these are perhaps  essential for the development of such a far-reaching cultural project. The path that led to the island’s application involved a shared co-creation process with many institutions, but also with the citizens of Procida themselves. How did this interaction with the community go? What added value do these elements represent for a visitor’s experience?

Sharing, inclusion and harmony are absolutely essential elements. Our methodological approach was to start by directly involving citizens, with an initiative that we purposefully called ‘Procida Imagines’: this was a capacity building process of collective creation. We divided the islanders and other citizens into different work groups: their desires and needs formed the strategic aims of our work. Our dossier therefore began as a customised project, tailored to the specific characteristics of the Procida community. Interaction with the island was part of the application process: a natural dialogue that led us, for example, to focus a lot on inclusion. After all, we must not forget that, back in 2018, Procida began a ‘Sprar’ project (‘protection system for refugees or asylum seekers, now known as ‘Siproimi’), being the first among Italy’s small islands to do so; here,  young women, often mothers, are perfectly integrated into the local social fabric – this island has a natural tendency towards hospitality. For visitors looking for a unique experience, who do not just want to enjoy this island’s architectural and natural beauty, which is admittedly significant,  these are all elements that simply cannot go unnoticed.

We’re not only talking about cultural events, but also the landscape, traditions, food and wine. What can we expect from the Procida Italian Capital of Culture 2022 programme? What is a must on the agenda?

Landscape, traditions, food and wine already form an integral part of this island’s identity. An extraordinary landscape that embodies  the Mediterranean, boasting gorgeous architecture and volcanic morphology, vegetable gardens and lemon groves, beaches and marinas. That’s not forgetting the centuries-old cultural traditions here, such as the ‘Processions of the Mysteries’, Good Friday or the Sea Festival. And then there’s the food and wine: traditional cuisine on the island revolves around simple traditional fish dishes made with local ingredients: fishing here is an ancient ritual, creating the island’s traditional dishes.

At the end of the summer, we will formalize the cultural programme, which will branch out to include 44 projects and more than 300 days of scheduled events; it will be an extensive and across-the-board programme without any specific focus on cultural genres, taking its inspiration from five verbs: invent, inspire, include, innovate and learn. There will be a local, a national and an international dimension: we certainly won’t be turning Procida into a Disneyland of events. Visitors can come to the island at any time of the year: the unique thing about our programme – which will host major contemporary art exhibitions, festivals and performances but, above all, developing cultural processes – will be precisely the fact that it will cover the entire span of 2022, giving guests the chance to discover the island’s varying lights and colours from season to season. For 2022, everyone can treat themselves to a temporary mini residence here.
The most important aspect is that we will be protecting the island from mass tourism. We believe that the right choice is slow, responsible, eco-friendly, ‘meridian’ tourism – to use the nice definition coined by the late Franco Cassano – which may also include the nearby Ischia and Campi Flegrei.

A key role in our programme will absolutely be played by Palazzo d’Avalos, a former Renaissance palace that went on to become a prison, until 1988. Our idea is to turn this symbol of imprisonment into a place of cultural production: a place of imprisonment will become a place of inclusion,  through the language of art; many spaces will once again become an integral part of the community. The agricultural estate of Palazzo d’Avalos, for example, where the prisoners used to tend the gardens and raise cows and pigs, will become an accessible urban park for all.

To learn more about and follow this exciting adventure in the context of a cultural relaunch, please visit procida2022.com 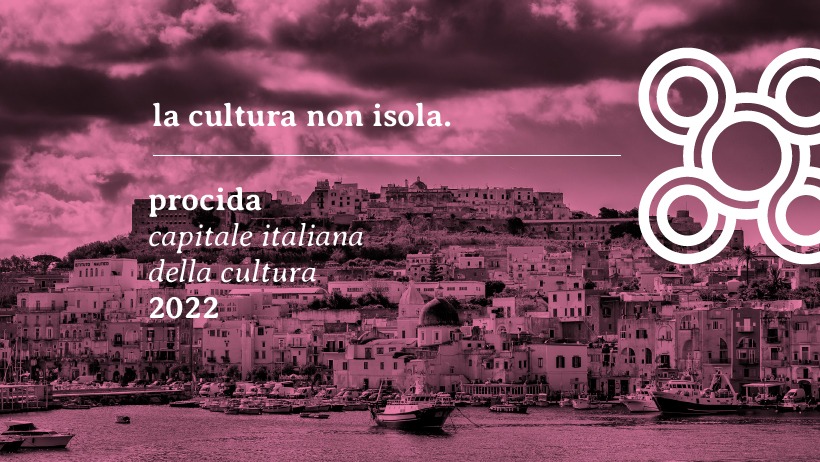 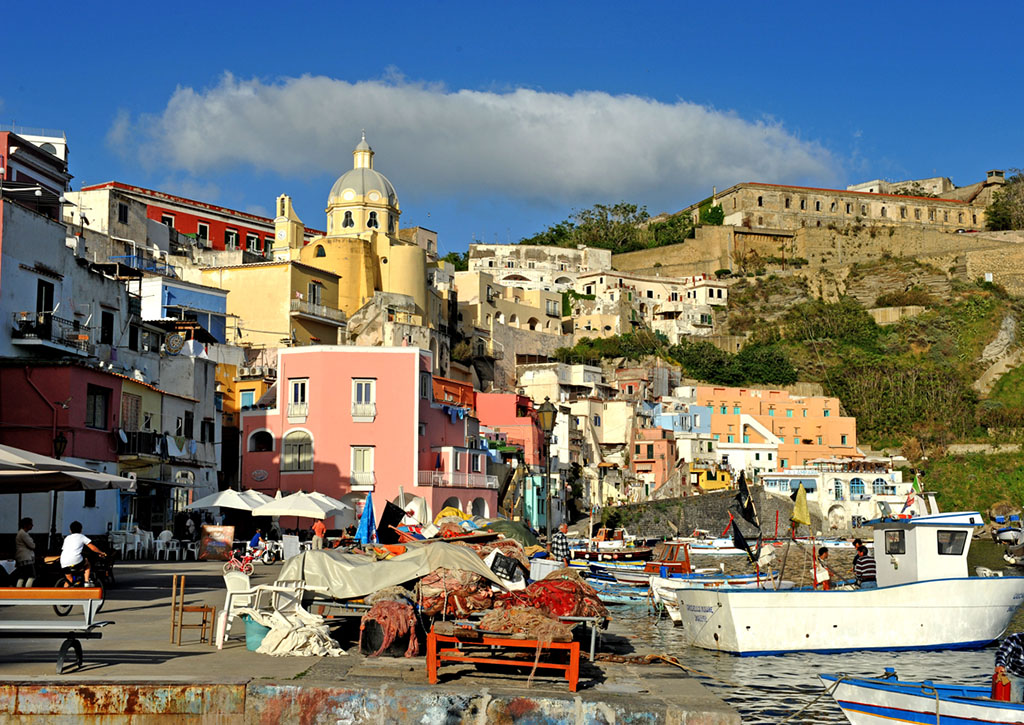 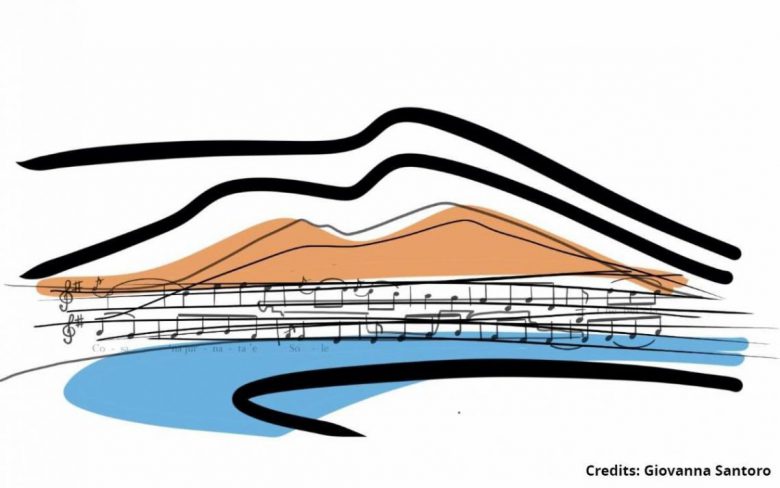 Under the motto 'culture doesn't isolate', from 1 January 2022 Procida will be the Italian capital of culture for a...