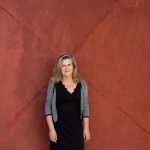 Our Spotlight On feature continues with the Italian Cultural Institute of Los Angeles and its Director.

Valeria Rumori has been director of the Italian Cultural Institute of Los Angeles since 2015, following her role in charge of the internationalization of the Italian university system at the Ministry of Foreign Affairs and International Cooperation (MAECI), and as Interim Director of the San Francisco Institute until 2009 and the Marseilles Institute until 2012. At MAECI, she was responsible for cultural and scientific cooperation agreements and protocols for Europe and North America, and for the Fulbright Commission for Cultural Exchanges between Italy and the United States. In 2017, at the Los Angeles Institute, along with Davide Accomazzo, professor of Finance at Pepperdine University, she created MEETItaly, a talent networking and promotion project for the Italian and Italian-American community operating in Southern California in the fields of Media, Entertainment, Economics, Technology and Science.

Could you tell our readers about the Italian Cultural Institute you direct and its history?

Our activities began in 1984 at the Institute in San Francisco. The Italian Cultural Institute of Los Angeles became autonomous in 1993 and moved from the Consulate to the heart of Westwood Village and the famous campus of the University of California Los Angeles (UCLA), in what was then the university’s International Student Centre. The building was designed in 1963 by architect Robert E. Alexander, a partner of Richard Neutra, considered to be one of the leading exponents of modernism. There were four previous directors between 1999 and my directorship, which began in 2015. It is an honour and a privilege to direct one of the most iconic and important institutes in the US network.

The city is culturally very rich and vibrant. Los Angeles has always been associated with film, but perhaps not everyone knows that it boasts more museums, galleries and theatres than any other city in the United States, as well as having an extraordinary music and art scene. We work in collaboration with the most prestigious operators and cultural spaces, including in particular the Getty Center, the Broad and the Los Angeles County Museum of Art (LACMA) for art, and the Walt Disney Concert Hall and the Hollywood Bowl for music, to name but a few. The City of Angels is also an essential reference location for street art and one of the most popular destinations for live music, with a multitude of venues for emerging artists and established local and international talent. The Strip has been home to one of the world’s most famous music scenes since the 1960s. The famous Sunset Boulevard, almost two miles long, became at the time the mecca of ‘car cruising culture’, with its multitude of jazz clubs, bars and theatres, where talent such as Sonny and Cher were born and the greatest American artists – from Chet Baker to The Doors,  Eagles and The Byrds – and international artists have performed in the historic Ciro’s, Trobadour, Filthy McNasty’s (which later became The Viper Room), Whisky a Go Go, El Rey and Pandora’s Box (a rock destination with the Beach Boys). Whiskey A Go Go, part of the Rock and Roll Hall of Fame, is still a major rock destination for international and Italian artists, such as Caparezza, Elisa, Negrita and Zucchero, and up-and-coming artists, such as the rocker Alex Cole from Milan.
The cultural and creative industry and related industries are the fourth largest financial sector, generating $115 billion a year in LA County alone, with employment mainly in film and television and also in design, fashion, art, music, literature, theatre and architecture, with a very experimental and innovative output. The Institute is part of this vibrant international scene, working also with leading local academic, artistic and cultural institutions to put forward the biggest offering of ‘Italianity’ in Southern California.

In a situation based on integrated promotion, where all the components of the ‘Sistema Italia’ – network of Italian culture, economy, science and innovation – contribute towards and aim for the overall and specific success of one ambitious proposal (in its various forms), what have been the best experiences of this Institute?

The Institute has always worked as a team with other players in the Italian system and has strengthened its collaboration also with joint actions with its two reference Consulates: Los Angeles and Houston. Online programming has further improved the implementation of co-presented online activities, reducing the distances dictated by geography and time zones. We have organized numerous activities in coordination with the Washington Embassy and promoted with the network of US Institutes since the start of the pandemic.
I would like to highlight in particular the success of the annual series dedicated to Raphael 500, which was initiated by this Institute and organized with the North American Institutes in 2020, and the celebrations for the 700th anniversary of the death of Dante during the course of this year with the US Institutes. There were also the Sciascia celebrations, the film festivals and the Music Festival, which featured concerts by Fabrizio Gatto, Enrico Rava, and Danilo Rea co-presented to audiences on both the east and west coasts with the Cultural Institutes in San Francisco and Washington.
This year, the Los Angeles Institute organized a special series of Dantean readings inaugurated by the previous Ambassador Varricchio, as well as many other initiatives throughout the year that will culminate with the Week of the Italian Language in October,  which will open with a reading of Dante by the famous Italian American actor Joe Mantegna and will also feature the writer Gianrico Carofiglio on tour in our area of jurisdiction.
The opening of the celebrations for the 700th anniversary of the death of Dante and in collaboration with the Filming Italy Los Angeles Festival featured readings of Dante by leading Italian stars, including Michele Placido, Monica Guerritore, Claudia Gerini and Salvatore Esposito, and American actors such as William Baldwin and Danny Houston.
Together with the Sistema Italia in Los Angeles, we organized an original series of Dantean readings in the south west of the USA, opened by the two Consul Generals, Silvia Chiave and Federico Ciattaglia, with the active participation of the Vice Consuls, readers of Italian and the heads of the ICE (Italian Trade Agency), ENIT (Italian National Tourist Board) and the Italian-American Chamber of Commerce West (IACCW) Los Angeles.
The Institute will present various joint events with the Consulate of LA and the ICE for the promotion of Italian Design including, in September, the exhibition ‘A Journey through Italian Design’ curated by Mattia Biagi, Ambassador of Italian Design in LA; and the film event Cinema Italian Style with Luce Cinecittà, which every year presents the Italian film nominated for the Oscars in LA.
The Institute recognizes Italian excellence with the special ‘Italian Creativity Award’, created especially by the artist Emilio Cavallini. In 2020, the award was received by well-known creative figures including Francesca Archibugi, Claudia Gerini, Gabriele Salvatores and Maria Sole Tognazzi. In 2021, it was awarded for Research to Cinzia Zuffada, Chief Scientist at the Jet Propulsion Laboratory NASA and President of ISSNAF, and for Film to Margherita Buy and Carlo Verdone.
The Institute also focuses in particular on sustainability and the environment, notably this year with the Italian-British presidency of the UN Climate Change Conference COP26, with various initiatives concentrating also on education. On the occasion of Earth Day and with the British partner Britweek, the IIC presented the project promoted by MAECI, the animated film ‘TRASH’, which is dedicated in particular to children, on the theme of education and sustainability. There was a screening of the film, a meeting with the directors Luca Della Grotta and Francesco Dafano, and a virtual exhibition and video game of the same name available online.
In October, the Institute will organize a meeting between Stefano Boeri, creator of Smart Forest Cities and AIALA, the American Institute of Architects LA, which will present the latest local projects on sustainable architecture, decarbonization and climate change for a better future for the world’s metropolises.

Communication plays an essential role in the relationship with our public, since it is aimed at a very broad and diverse audience, in a very rich cultural landscape. The ever-increasing use of social media is particularly effective, especially Facebook, Instagram and Twitter, both with targeted campaigns to promote major events and with daily posts aimed at building audience loyalty. In addition to having moved its activities entirely online, since the beginning of the pandemic, the Institute has also been running weekly thematic features with daily posts in various fields, ranging from literature to science. Communication is a constant and vital flow for the Institute, including through other tools such as the website, the monthly e-newsletter, periodic announcements sent in electronic format and the YouTube channel, a showcase of the main current and future cultural events and an archive of past initiatives, which remain available to the public.

Albeit gradually and not uniformly in every country and region, we are getting past the emergency phase. The time has come to design the new normal. What approaches will it be appropriate to adopt in the light of the experience of this Institute? How do you imagine the coming years?
The online activities have been a very positive experience since as early as the start of the pandemic, with musical, literary and film events and festivals that have enjoyed success never achieved with physical events. The new normal, even in the post-pandemic future, will see the Institute always on the front line, with a growing offer of Italian excellence in all sectors, operating in hybrid mode – both in person and online.
We have provided for the safe return in person to the Institute, in compliance with local health measures, with the possibility of visiting exhibitions in the Institute’s gallery. At the same time, we will continue to use technology and platforms that ensure greater remote access to the same exhibitions, cultural events and language courses online throughout the Institute’s vast jurisdiction, from Southern California to Louisiana.
The Institute is aligned with local trends that it will continue to operate online – from opera to film festivals, from art to theatre – and in synergy with the most important local operators with whom it actively collaborates by presenting events in partnership. For the coming season, we envisage online options and bookings for events that can be attended in person. This will allow the Institute to continue to reach an ever-wider audience in Los Angeles itself and in the rest of its jurisdiction, which includes eight states and the two major Consulates General of Los Angeles and Houston.