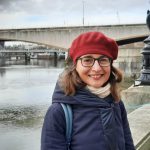 Our ‘Spotlight On‘ feature continues with the Italian Cultural Institute of London and its Director.

A graduate of the University of Bologna, Katia Pizzi holds a PhD from the University of Cambridge. From 1994 to 2020 she taught Italian Studies at the University of Kent and London where she directed the Centre for the Study of Cultural Memory at the School of Advanced Study from 1999. Her research includes literature, history and the visual and performing arts: she has edited volumes ranging from urban identities during the Cold War, historical memories of borders, to Pinocchio and the mechanical body. Since January 2020, Katia Pizzi has been director of the Italian Cultural Institute of London.

Could you tell our readers about the Italian Cultural Institute you direct and its history?

The building that houses the Italian Cultural Institute of London is found at 39 Belgrave Square in Belgravia on a 1949 licence granted by the Duke of Westminster. The Institute was inaugurated in 1950. It has always had great directors from the outset, and has also played host to outstanding guests including Italo Calvino, Primo Levi, Roberto Calasso and Gaia Servadio. But the Italian Cultural Institute has also always played host to great figures from English literature, including T.S. Eliot, Antonia S. Byatt, Hanif Kureishi and Anish Kapoor.

London is one of the great global capitals. There is a major art market here and it is home to the National Gallery, the British Museum, the Victoria and Albert Museum and a very important theatre scene in the West End. It is a very rich context to draw upon but also to contribute to and further enrich. In film, for example, we collaborate with the British Film Institute (BFI) and we support, among others, the UK Jewish Film Festival and the Sheffield Documentary Film Festival, not to mention the most important initiative which is a partnership with the Venice Biennale Cinema, the ‘Biennale della Rinascita’ (Biennial of Recovery), post COVID, which involves the main Italian bodies found here, such as the Embassy, the ICE and the Chamber of Commerce. The initiative will bring the excellence of Italian film to London in November, hopefully in a ‘post-pandemic’ atmosphere. Also of significanc is our collaboration with the National Gallery, with the Art History Festival at the end of September, which includes, among others, a talk by Silvia Rosi, an Italian-Togolese artist who trained in London. I would also like to mention the excellent collaborative relationships we have with many other artistic and cultural institutions, such as the Hayward Gallery, the Serpentine and the British Library. But the Italian Cultural Institute also has strong ties across the board and even outside of London. For example, we have sponsored a comic on Inspector Montalbano – over here the Inspector created by Andrea Camilleri is very popular – which is circulating at comic book festivals outside London and is achieving great success. Perhaps, in this sense, the pandemic has helped us to explore new possibilities, for example realising how much appetite for Italian culture there is outside London.

In a situation based on integrated promotion, where all the components of the ‘Sistema Italia’ (network of Italian culture, economy, science and innovation) contribute and aim towards the overall and specific success of an ambitious proposal in its various facets, what have been the top experiences of this Institute?

The ‘Sistema Italia’ is very important and we have close collaborative relationships with the Embassy, the ICE and the Chamber of Commerce and this is particularly evident in the work we do with the Biennale and to bring the excellence of Italian film to London. There was also a great response to Dante’s work when we set up a virtual tour of the world’s major libraries housing Dante’s texts, as part of the 700th anniversary of his death. It was an inspiring experience. We work very closely with the Embassy, for example on the webinar on the future of the Visual Arts (photography, painting and sculpture) with the involvement of leading art gallery directors organized in the aftermath of the pandemic and followed by more than 600 people. It aroused a lot of interest in the expectations and fears of the pandemic era. We have excellent relations with the Manchester Consulate and also with Edinburgh and Dublin. The partnerships are very strong, as in the case with the promotion of the 700th anniversary of Dante’s death and the Geronimo Stilton cartoon.  But recently, we have also developed a close working relationship with all the major cultural institutes, in particular New York, Paris, Berlin, Moscow, along with our local counterparts: the Institut Français, the Cervantes Institute, the Goethe-Institut, also within the framework of EUNIC, the EU network of national institutes for culture. With the Institut Français, we have worked together for a decade on Cinema Made in Italy – which we promote in collaboration with LUCE/Cinecittà – which holds an annual Italian film festival. We held the last edition online but hope to do it again next year in person.

Communication is the soul of the Institute and this was especially the case during the pandemic. The Institute has therefore set up platforms and a Vimeo channel and we have been recording events given that we had to cut off contact with the public. It has proved to be a tool of very strong impact and I believe it will continue to be so. I remember in particular a wonderful conversation with Luciano Floridi and Maurizio Ferraris on Artificial Intelligence, which reached a very large audience and was extremely popular. We have greatly enhanced our social media presence. We are on Instagram and with the music festivals and the series on the ‘Blue Plaques’ in London we have managed to reach a younger audience. Communication has always been important but right now it is even more important. I think we will continue to experiment with hybrid solutions. Recently, an inspection of our archives turned up some extraordinary things, such as recordings of interviews with Roberto Calasso, Marina Warner, Salman Rushdie and one with Umberto Eco. We intend to recognize their value by re-releasing this high-quality material. We have a huge potential catchment area; we are getting ourselves organized and have already had very encouraging feedback. In October we will be putting on events in hybrid mode.

Albeit gradually and not uniformly in every country and region, we are getting past the emergency phase. The time has come to design the new normal. What approaches will it be appropriate to adopt in the light of the experience of this Institute? How do you imagine the coming years?

I believe that we should maintain a multi-faceted approach, in part because getting past the pandemic will not happen overnight. The notion of being able to resume activities with everything back to the way it was is an illusion, I think. Rather, there will be a transitional period. The venue was really punished by the months of COVID-19: for example, we do not have a courtyard in which to set up outdoor events and we also have severe licence restrictions. In the transitional phase, however, we partially opened the library and created and procured important partnerships. Important Italian films and directors, from Sorrentino to Samani, will be present at the British Film Institute for the Festival in October. Culture means not only events and lectures but also, for example, translations of Italian literature, in part in the wake of Elena Ferrante’s success in English-speaking countries. We have therefore been promoting translations. We have also been doing the same with comics. We are developing the theme of post-human human-machine within the framework of developments in robotics and Artificial Intelligence. England was the home of the industrial revolution. Today, there is a tendency towards recovering that experience, for example in cities with a great industrial tradition such as Manchester. We are also including the history of Italian technology and industry in this context. In these times of Brexit, it also important to rejuvenate the image of our country and affirm its great industrial prowess, also from the point of view of industrial cultures. We will continue to be flexible and resilient. In this respect, we will continue to promote the culture of the book, which remains the oldest but also the most beautiful technological instrument of culture in the world. The book will outlive all other technologies.