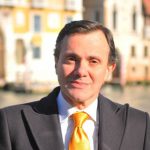 An interview with the Director Paolo Sabbatini.

The last few months have been difficult for everyone but they have offered a unique opportunity for improvement and innovation. What innovations have been introduced by the institute to address first the emergency and then the “new normal”?

Even before the pandemic, there was the need to develop the participation of the institute on social media and various virtual modes of interaction, but this need could be tackled using hybrid solutions (both in person and virtually). With thepandemic, there has been a real breakthrough in this regard. We had to adopt different ways of using media and to a much greater extent. There is an increasing blurring of public and private, the boundary has never been so fluid; we need to learn new forms of mediation.  Professionalism, together with ethics, are fundamental. Managing an Institute requires great professionalism, cultural but also managerial skills, because an ICI is a multi-faceted entity that continually encounters new challenges and requires new solutions. Our younger staff members help us to understand the world of social media, which is a complex and continuously evolving reality, but these same young staff must be taught how to operate in an institutional dimension.  The new tools made available by the Ministry of Foreign Affairs are very useful, including the italiana portal, naturally.

Users of the Italian Cultural Institutes always expect the highest level of quality in our programmes. In your opinion, has the Institute’s audience, in recent times, maintained the same level of ambition? And have people been looking more for innovation or reassurance in recent months?

That’s a great question, which also leads to psychological considerations. Indeed, the programme must strike a chord with viewers. Before the Covid-19 emergency, the content was already prepared for the users but now users must create their own cultural bubble at home. Therefore, we need to recreate the tempus illud, bearing in mind that these conditions of home use are linked to a state of necessity, and not of choice, so there may also be a certain resistance amongst the public.  Here in Brussels, the initial period of my mandate coincided with this year of pandemic. Our work continued, thinking of our aficionados, Italians and Italian culture enthusiasts in Belgium, who want to feel that our programme has been created with them in mind. We carried out a series of interviews, with both Belgian and Italian artists. I do the interviews online, from the stage of the ICI theatre, with no audience, of course. I noticed that it works and that loyalty is also achieved through the use of well-known institutional spaces, such as our theatre.

There must have been changes in the communication with your audience and involvement in the institute’s activities. What has been the role of new technologies in this relationship? Have users been proactive? What have you found in your experience?

I constantly receive requests to use our spaces even now, without an audience, from actors, musicians, for conferences or recordings, which in large part we have been able to satisfy successfully. When it can be seen that, despite the restrictions, the ICI remains operative, it sends an important and reassuring message. Quality remains the key issue. For example, we kept the library open, along with book lending, creating a sort of “wheel” of books to be “adopted”, as used to be done with orphans. We created this sort of game, continuing the exchange with our audience. What looked like a small thing… instead proved to be a very important initiative.

You will also have had to cancel events or rethink them to adapt them to the new situation. Some initiatives can be salvageable, other completely new initiatives are being created in their place. Are there any particular initiatives in the upcoming programme that you would like to tell us about?

All our events were postponed rather than cancelled – very readily agreed with all the artists involved – such as the concert we had organized in memory of Ennio Morricone. We have focused particularly on young talent, also very much active here, with the Italian Jazz Festival Connections Lab 2020 and the Week of the Italian Language in the World, which have been very successful.  For the anniversary of Dante’s death, we organized the Exhibition of graphic art and calligraphy, Scrivendo la Divina Commedia .

We take pains to keep every segment of the public engaged, not just young people; the elderly are another category we care about a lot.

Could you tell our Italian readers about the Italian Cultural Institute you direct and its history?

The building at 38 rue de Livourne was built in neoclassical style between 1870 and 1880 by Henri Rieck, one of the most famous architects during the reign of the Belgian King Leopold II.  With the support of some of the leading Italian companies of the time (Fiat, Olivetti, Pirelli, Martini & Rossi etc.), the building was purchased in the thirties to become a “Casa degli Italiani”. With the foundation of the Republic, it was fully taken over by the Italian State and currently houses the consular offices and the Italian Cultural Institute. With such a history, here you breathe culture in every corner of the building, which, over the years, has welcomed the most distinguished personalities of Italian, Belgian and European culture.

Currently, our star features are a theatre/cinema that seats up to 250 people and an exhibition hall for large exhibitions. The library also has over 3000 volumes, some of which are of great value due to their age and rarity.

How would you describe the city and its cultural scene? What are the most important partnerships that the Institute has with cultural institutions and operators?

The presence of Italians in Belgium goes back a long way and indeed it is estimated that there are over 500,000 people of Italian origin, of whom over 70,000 in the capital alone. The ICI is a reference point for many generations of fellow Italians. The activity of the Institute therefore respects the expectations of the Italian community, including officials from the European institutions and Belgian institutions, which continuously forward invitations to participate in festivals, exhibition projects and live performance initiatives (concerts, drama, dance, etc.). The ICI has been the focal point of many requests, responding also with innovative solutions across all areas of contemporary Italian culture. This is why the Institute boasts such a positive image as an institution that is alive and present even in difficult times, as well as hosting varied and stimulating events in this period.

At the Italian Cultural Institute of Brussels, the expectations of multiple groups converge: a very extended and influential Italian community; a deeply Italophile Belgian, French-speaking or Flemish public; long-established Italian emigrants and their second, third and fourth generation descendants, eager not to sever contacts with their native country; the complex network of European and international institutions, which occupy an increasingly important space on the Brussels scene. There has been a high standard of cultural actions, intended to offer a range of events that adequately represent the most significant and exemplary forces of the artistic and cultural vitality of the contemporary Italian art scene.

The Institute engages in partnerships with the major players in Italian culture in Belgium, such as all the local universities, the Italian-Belgian Chamber of Commerce, ENIT (Italian National Tourist Agency), the committees of the Dante Alighieri Society and the countless regional theatre, music and cinematographic organisations that never fail to send us proposals of the highest value and certain appeal to the public.