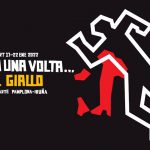 Portal of the Italian language
Categories: Culture and creativity -Literature and Publishing -Music and Performing Arts
Italian crime writers take part in a journey into the history of the crime novel and the Mediterranean mystery genre.

The Italian Cultural Institute of Madrid, under the patronage of the Embassy of Italy in Madrid, is collaborating with Pamplona Negra Festival, a festival dedicated to noir literature and film, which will take place from 17 to 22 January at the ‘Baluarte’ convention centre in Pamplona.

The eighth edition is titled ‘C’era una volta…il giallo’ (Once Upon a Time… the Crime Novel) and will involve the participation of major Italian crime writers such as Marcello Fois, Antonella Lattanzi and Massimo Carlotto. Writers will participate in panel discussions alongside Spanish authors such as Arantza Portabales, María Oruña, Carlos Zanón, Lorena Franco and Santiago Díaz.

During the course of the Pamplona Negra Festival, in addition to round table discussions, there will be talks, social media competitions, along with screenings of films by Francesco Rosi, in homage to the great Italian director on the centenary of his birth, and also by the director Elio Petri.

The initiative is being promoted by the Directorate-General for Culture of the Government of Navarre and organized by NICDO – Baluarte and Filmoteca.