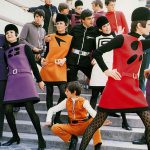 Portal of the Italian language
Categories: Culture and creativity -Cinema and Audio-visual
An art, culture and fashion film festival premiering in Switzerland.

The Association Amitalia, in collaboration with the Italian Cultural Institute of Zurich, starts again with a new film festival presenting new films dedicated to italian Art and Fashion.

Hidden Away (2020), a film about the life of Antonio Ligabue, the naïve Emilian painter rejected by Switzerland, who built his identity and desire for redemption through art. The film won the Silver Bear in Berlin (2020) and seven David di Donatello (2021) awards.

House of Cardin (2019) is the story of Pierre Cardin, a native of Italy and a naturalized Frenchman, one of the most revolutionary fashion designers of the twentieth century.

La moda proibita (2018), the first documentary made on Italian haute couture dedicated to a ‘sculptor of silk’ such as Roberto Capucci.

Borsalino City (2016), the story of the most famous hat in the world and its inventor Giuseppe Borsalino.

Ottavio Missoni 100 (2021), a founding father Made in Italy, ‘master of colour’ and phenomenal athlete celebrated on the centenary of his birth.

Maledetto Modigliani (2020) a film by Valeria Parisi about the Livorno painter narrated by Jeanne Hébuterne, the artist’s last companion.

To find out more, go to iiczurigo.esteri.it