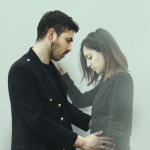 The Italian Cultural Institute of Paris reopens its doors to music with several projects organised in collaboration with the historic Arezzo Wave festival scheduled for June and July 2021.

It kicks off with the Music Day, on 21 June, and the concert by the duo La Municipàl in the garden of the Hôtel de Galliffet. The artistic project created by Carmine and Isabella Tundo, with three albums under their belt and a leading role on the new Italian music scene, presents their work ‘Per resistere alle mode’ (To resist the trends).

On 7 July, a concert by Enrico Ruggeri, one of the most sophisticated and versatile singers on the Italian scene. Since 1978, he has released 35 albums, sold over 5 million copies, won the Sanremo Festival twice and received four critics’ awards.

On 20 July, it is the turn of the guitarist and songwriter Paolo Benvegnu who presents his new recording project ‘Delle inutili premonizioni’ (Useless Premonitions), released in February 2021.