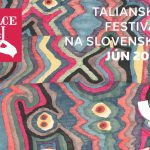 Portal of the Italian language
Categories: Culture and creativity -Visual Arts
'Corrado Cagli: Paura del Totem' (Fear of the Totem) is the title of the exhibition at the Považská galéria umenia in Žilina.

For the first time, the works of Corrado Cagli are on display in Žilina, in an exhibition at the city’s Museum of Art, organised by the Italian Cultural Institute of Bratislava and the Centro D’arte Spaziotempo in Florence, in collaboration with the Italian Embassy in Slovakia and the Archivio Corrado Cagli in Rome.

Member of the Roman School, winner of the Guggenheim Prize in 1946 and the Marzotto Prize in 1954, Corrado Cagli (Ancona 1910 – Rome 1976), held exhibitions in Italy and abroad, participated in four Venice Biennales and worked for film and theatre. Having fled to Paris and then New York after the tightening of racial laws in Italy, Cagli became a US citizen and enlisted in the army and took part in the war, suffering the terrible experience of deportation to the Buchenwald concentration camp. During his career he also became interested in philosophy and psychoanalysis, in particular the studies of Gustav Jung, an aspect of his research found in the works on display in Žilina. After the end of the war, he returned to Rome, where he experimented with informalism.

Cagli’s works can be found in the most prestigious public collections in Italy and around the world. The Collezione Farnesina – the contemporary art collection of the Ministry of Foreign Affairs and International Cooperation – also houses six works by the artist.

The exhibition, which opened on 20 May and is open to the public until 27 June, is one of the highlights of the 14th edition of the Italian festival in Slovakia, “Dolce Vitaj”.

More information on the exhibition can be found on the website of the Italian Cultural Institute of Bratislava.