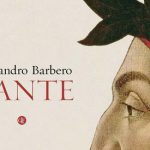 Portal of the Italian language
Categories: Literature and Publishing
The Italian historian and author will present his new work in a online conversation organized by Italian Cultural Institutes of North America.

In the opening event (February 25, 2021 – at 12:30 PM Central Time), Italian historian and author Alessandro Barbero will present his new work, Dante, in a Zoom conversation with Michael Subialka.

In his groundbreaking book, ‘Dante’, Alessandro Barbero examines the life, times and world of the medieval creator of the masterpiece The Divine Comedy. Barbero follows Dante through his adolescence as the son of a usurer who dreams of belonging to the world of nobles and men of letters; through the dark corridors of politics, where his ideals are shattered in the face of the petty rivalries and rampant corruption; and through his wandering in exile, where he discovers the incredible diversity of fourteenth-century Italy from its commercial metropolises to the insular world of its smaller courts. But the book also looks at the sorrows and silences that make it difficult to reconstruct entire periods of Dante’s life, and presents a variety of different hypotheses, allowing readers to form their own ideas, in the way a detective story might invite them to unravel the thread of events and come to a conclusion on their own.