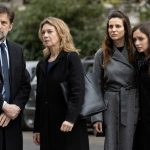 Portal of the Italian language
Categories: Culture and creativity -Cinema and Audio-visual
A rich Italian presence at the Israeli film festival.

10 Italian films will be screened in Israel as part of the 37th edition of the Haifa International Film Festival (HAIFF),one of the most important events in the country for film enthusiasts and professionals, scheduled from 19 to 28 September 2021.

Italy’s participation in the event, which this year will take place in-person and online, was organized in collaboration with the Italian Cultural Institute of Haifa and the Luce Cinecittà Institute.

The Bel Paese will be involved with some of the most recent films that have received wide acclaim from audiences and critics, such as ‘Three Floors‘ (2021) by Nanni Moretti, based on the novel of the same name by the Israeli writer Eshkol Nevo; “To Chiara” ( 2021) by Jonas Carpignano, winner of the ‘Europe Cinemas Label Award’ at the Cannes Film Festival 2021; ‘The Peacock’s Paradise‘ (2021) by Laura Bispuri, in competition at the Haifa Festival in the ‘Carmel International Competition’ section; ‘The Inner Cage‘ (2021) by Leonardo di Costanzo and ‘Small Body‘ (2021) by Laura Samani, both in the official selection of the last Cannes Film Festival, and the documentary ‘The Truffle Hunters‘ (2021) by Michael Dweck and Gregory Kershaw.

Also scheduled at the Festival is a tribute to Anna Magnani, directed by Roberto Rossellini in the two-episode film ‘Love‘ (1948) and the screening of ‘Onoda: 10,000 Nights in the Jungle‘ (2021) by Arthur Harari, an international and Italian co-production.

Finally, at Kiryat Haim’s Theatron-Hazafon, Leonardo d’Agostini’s ‘The Champion’ (2019) and Mauro Mancini’s ‘Thou Shalt Not Hate‘ (2020) will be screened.

All films will be screened in their original language, with English and Hebrew subtitles.