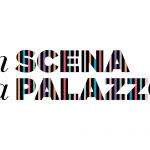 The Italian Cultural Institute of Madrid presents ‘In scena a Palazzo’ (On Stage at the Palacio), a new series of live performances with two main focuses: the contemporary Italian art scene and the Institute’s magnificent Salón de Actos (assembly hall) – Palacio de Abrantes – where the shows are performed.

In 2021, until 17 December 2021, five events will bring famous Italian performers to the stage: the singer-songwriter and multi-instrumentalist Giovanni Caccamo, the great actress Iaia Forte, the revolutionary harpist Kety Fusco, the young and talented pianist Costanza Principe and the innovative vocalist and composer Ada Montellanico, together with the renowned musicians Enrico Zanisi, Jacopo Ferrazza and Alessandro Paternisi.

After the release of his fourth album, ‘Parola‘, produced by Ala Bianca and distributed by Warner Music Italia, Sicilian singer-songwriter Giovanni Caccamo, discovered by Franco Battiato and produced by Caterina Caselli, presented his songs in Spain, on a tour that included three cities. On 14 October, Giovanni Caccamo opened the new series of shows in Madrid at the Italian Cultural Institute; on 19 October, he performed in Malaga, at the Sala Unicaja de Conciertos María Cristina – in collaboration with the Fundación Unicaja; and on 21 October, in Logroño, at the Auditorio Municipal. The concerts were organized by the Italian Cultural Institute of Madrid, under the auspices of the Embassy of Italy, and in collaboration with the Honorary Consulates of Italy in Malaga and Logroño.

The magnificent actress Iaia Forte was the star of the series’ second event, on 22 October, with the show ‘Hanno tutti ragione‘ (Everybody’s right), an adaptation of the novel of the same name by Paolo Sorrentino. It is a monologue-concert, or better yet, a stream of consciousness within Tony’s memory, thoughts and words arising from his emotions and moods, a confused whirlwind of hallucinations produced by alcohol and cocaine. This convincing performance is a masterful interpretation using body, gestures, vocal intonation and the psychology of the character by the famous artist Iaia Forte, accompanied by the actress Annalisa Canfora.

On 28 October the revolutionary Kety Fusco and her inseparable electric harp will take the stage of the Salón de Actos, treating the audience to a hypnotic, spatial, hard, minimalist and electronic live set in which the harp acts as a bridge between past and future that constantly engages and fascinates the audience. A genuine explosion and fusion of classical and non-contemporary melodies; an extraordinary and surprising interaction with loops and electronic percussion.

The young and talented pianist Costanza Principe will be the fourth performer in the series with her ‘Piano Recital‘, scheduled for 12 November. Elegant and intense, sensitive and poetic, Costanza Principe will present a unique and surprising concert with a programme including masterpieces by Casella, Schumann, Brahms and Bach-Busoni (Busoni’s transcription of the piece by Bach).

The grand finale of this first edition of the series, which will then continue throughout 2022, will be the innovative vocalist and composer Ada Montellanico, accompanied by acclaimed musicians Enrico Zanisi, Jacopo Ferrazza and Alessandro Paternesi with a dual jazz event: 16 December, ‘Tencology‘, featuring numerous pieces by Tenco, together with other unreleased pieces, in a completely new tone. The intimate and sophisticated atmosphere of the show and the original fusion and jazz arrangements will shed new light on some of the most intense compositions from the vast and varied repertoire of Italian music; on 17 December, with Noche de jazz, the trio Zanisi, Ferrazza and Paternesi will once again light up the stage of the Palazzo d’Abrantes and bring to life exciting musical stories with jazz.

All concerts will be held at the Italian Cultural Institute of Madrid with free admission.