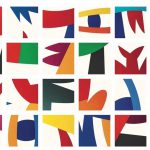 Portal of the Italian language
Categories: Culture and creativity -Visual Arts
Wood is at the centre of an exhibition bringing together the two artists Guo Donglai and Claudio Diatto.

The Italian Cultural Institute of Shanghai and the ArtCN Gallery are pleased to present the exhibition ‘Into the Woods’ which will remain open to the public from 12 February to 27 March 2022 at ArtCN Gallery in Shanghai.

In this exhibition, wood is the meeting point of the two artists, who come from different countries and generations. Guo Donglai creates works with tree branches, or by cutting, polishing and rearranging pieces of wood into shapes and patterns. On the other hand, Claudio Diatto‘s colourful painted paper carving ultimately originates from his fascination with the forest, which has been a constant in his work, developed over the course of his long artistic career. At first glance, these two artists, who have never met, convey the same kind of passion for natural material, although the motivations that led them to the theme of the forest are quite different.

What makes the two artists’ encounter even more interesting is their common connection with Italy. Diatto was born in Turin, the city where one of the most influential artistic movements, Arte Povera, developed from the 1960s onwards. Memories of incredible encounters as a teenager with some of the founders of the movement at the tables of the cafés under the arcades of Via Po and Piazza Castello are still fresh in his mind. He also draws inspiration from Renzo Piano, whose architectural silence is a response to time spent alone in the woods.

By the time Guo Donglai finished his art studies in Bologna in 2015, the heyday of Arte Povera was the stuff of distant legend. However legacy of the movement, the celebration of everyday objects and elements of nature have become, an intimate aspect of his artistic language, along with his approaches to the traditions of Chinese theatre and ancient philosophy. By placing an emphasis on craftsmanship and the quality of natural material, Guo seeks to downplay the idea of the superiority of human beings, who merely feel powerful due to the technical advances achieved with the industrial revolution.

For more information, go to iicshangai.esteri.it