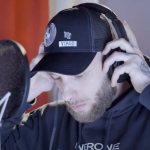 Portal of the Italian language
Categories: Music and Performing Arts
From St. Petersburg, the celebrated Neapolitan rapper in an imaginary dialogue with Dante Alighieri.

On Dantedi, 25 March, the Italian Cultural Institute of Saint Petersburg presents the show ‘La Commedia al tempo del rap. Clementino dialoga con Dante‘ (The Comedy in the time of rap. Clementino converses with Dante) an event that aims to re-read, through the original interpretation of the celebrated Neapolitan rapper, the best-known verses of the Florentine poet in a contemporary language. A way to introduce Dante to the new generations and engage them in an unexpected way.

During the show, Clementino will participate in an imaginary dialogue with Dante Alighieri through excerpts from the Divine Comedy and the Vita Nova, accompanied by music composed for the occasion by Maestro Maurizio Filardo, who will play with a band consisting of Maurizio Dei Lazzaretti on drums, Roberto Gallinelli on bass, Claudio Filippini on piano, Mimmo Sessa on keyboards and Alessandro Tomei on flute.

The show will be preceded by a meeting with Professor Pietro Cataldi, Rector of the University for Foreigners of Siena, who will talk about ‘Dante and musi'”, with Clementino and with Maestro Maurizio Filardo, all in dialogue with Paola Cioni, director of the Italian Cultural Institute of St. Petersburg.

The event, conceived and produced by the Italian Cultural Institute of St. Petersburg, is organized in collaboration with the University for Foreigners of Siena.

Clementino, the stage name of Clemente Maccaro, is one of the most important Italian rappers, known for his freestyling skills and for his participation in the Sanremo Festival, which have helped promote him as one of the leading representatives of Italian hip hop. In 2010  he starred alongside Albano, Gigi D’Alessio and Loredana Berté on the programme The Voice Senior.

The event will be broadcast in Italian on  25 March at 5:00pm Italian time (7:00pm Russian time) on the Facebook Page of the Institute and at the same time in Russian on the Youtube channel.