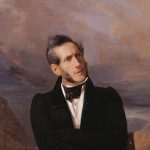 Portal of the Italian language
Categories: Culture and creativity -Literature and Publishing -Music and Performing Arts
The recitation of Manzoni's ode with evocative piano accompaniment.

On 5 May, the Italian Cultural Institute of Brussels will commemorate Alessandro Manzoni‘s homonymous ode, which will be recited for the occasion by Lorenzo Allegrini.

Accompanying the narrator will be pianist Tom De Beuckelaer, who will open the evening with Liszt‘s transcription for piano of Beethoven’s Fifth Symphony.

Lorenzo Allegrini, born in 1982, is a journalist, poet and theatre author. He has published the poems ‘La leggenda del Capo di Buona Speranza’ (Edizioni Il Viandante, 2021) and ‘Apocalisse Pop!’ (Edizioni Il Viandante, 2021) and two of his plays have been staged: ‘Rabbit! – La mossa del coniglio’ (2015) and ‘Anarcord – L’ulcera dell’anarchico Fabbri’ (2018-2019). After collaborating with some of the main national media and newspapers, he worked for ten years on economics and finance for the press agency LaPresse before moving into corporate communications. Born in Fabriano, in the Marche region, he studied Communication Sciences in Perugia and Journalism in Urbino. He now lives in Milan, having spent time in Moscow, New York, Rome and Turin.

Tom De Beuckelaer started playing the piano at the age of 4. Later his family moved to Belgium, where Tom continued his piano studies with Jean-Paul Vanden Driessche at the Academy of Music in Mortsel. At the age of 12 he became a pupil of Heidi Hendrickx at the Ma’Go Academy of Music in Antwerp. After finishing high school he studied at the Royal Conservatory of Antwerp and became a pupil of Nikolaas Kende and Levente Kende. Today he participates in many international and national piano competitions and gives concerts all over Europe and Asia.