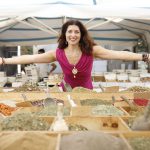 Portal of the Italian language
Categories: Culture and creativity
A new series of interviews is available on the web platform of the Italian Cultural Institute of New York.

The Italian Cultural Institute of New York presents a new series of video conversations, conceived by Vincenzo Pascale and filmed by the ‘fireplace‘ at the Institute.

The interviewees include nine figures from the worlds of academia, science, economics, tourism and New York philanthropy, united by their Italian origins or a passion for Italy, who have become famous in the United States.

In the first group of interviews, Vincenzo Pascale talks to Katia Passerini, one of the few Italian women at the top of academia in the United States, who, with a double degree in Political Science and Economics and Commerce, is now provost of Seton Hall University.

This is followed by Allison Scola, a tourism entrepreneur who left a managerial career at Columbia University to set up a business of tourist travel between the United States and Sicily.

Finally, Stephen Lash, founder of ‘Christie’s North America’, is one of the world’s leading art experts and a great lover of Italy, where he spends holidays and conducts research.

The interviews are available on stanzeitaliane.it

For more information, go to iicnewyork.esteri.it.