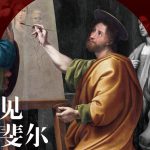 Portal of the Italian language
Categories: Culture and creativity -Visual Arts
A journey through 69 works to present the artistic style and influence of the Renaissance genius.

The Guardian Art Center in Beijing is hosting the exhibition ‘Meet Raphael: Masterpieces from Renaissance to Neoclassicism’ until 14 October 2021, after a previous first stop in China at the Nanshan Museum in Shenzhen.

The exhibition is an international project carried out under the scientific direction of the Accademia di San Luca in Rome, one of the most important and longest standing Italian academies, which focuses on the cultural heritage of Raffaello Sanzio, on the occasion of the five hundredth anniversary of his death, which was celebrated in 2020.

The exhibition consists of 9 sections with 69 works of art, including the masterpieces the ‘Putto reggifestone’ and ‘San Luca dipinge la vergine’, which are being exhibited in China for the first time. Also on display are 39 original works by his teacher Perugino and followers of Raphael.

The opening ceremony was attended by the Italian Ambassador to China, Luca Ferrari, the senior management of the Guardian Art Center Museum, along with top representatives of the art world of the Chinese capital and, via video-link, the curator of the exhibition and the Secretary General of the Accademia Nazionale di San Luca, Claudio Strinati.

In every human pursuit, not least the arts, there are key figures who encapsulate the times and inspire generations to come. With the exhibition at the Guardian Art Centre Museum, we are showcasing the genius of Raffaello Sanzio, who played a key role in the definition and dissemination of the “classical canon”. By bringing original works by Raphael to China, we are greatly enriching the calendar of “Road to 2022” events, the path towards the Italy-China Year of Culture and Tourism 2022. – Luca Ferrari, Ambassador of Italy to China

To find out more, go to iicpechino.esteri.it