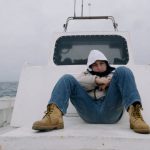 Portal of the Italian language
Categories: Culture and creativity -Cinema and Audio-visual
The event dedicated to Italian cinema opens in Berlin at the Brotfabrik.

Three directors of contemporary cinema reveal the most obscure and subtle aspects of the bright and fascinating land that is Sicily. CineDì Open Air, along with the Italian Cultural Institute of Berlin, a film festival that will bring the films of Francesco Rosi, Emanuele Crialese and Gianni Amelio to the big screen.

The event is scheduled from 22 to 24 July at the Brotfabrik in Berlin.

All screenings will be in the original language with German subtitles and will be introduced by Mara Martinoli, CineDì’s curator.