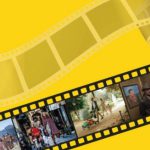 Portal of the Italian language
Categories: Culture and creativity -Cinema and Audio-visual
The contemporary cinema festival is offering Bucharest an authentic vision of Italy.

The Embassy of Italy, the Italian Cultural Institute of Bucharest and the ICE Agency, with the support of Cinecittà/Filmitalia, are organizing the festival entitled ‘Nuovo Cinema Italiano in Romania’ (New Italian Cinema in Romania) from 9 to 13 March.

The initiative is an eagerly awaited appointment with the best Italian cinema of the last three years.

The event boasts the collaboration of the director and film critic Mario Sesti, curator of the talks and special events, the journalist Angela Prudenzi and the actress Kristina Cepraga, consultant and godmother of the festival.

The director Daniele Luchetti is also a guest of honour and will attend the closing gala on 13 march.

The selected films have been featured and prestigious international film art festivals and present characteristic aspects of the beauty and charm of Italy today.

The festival’s programme includes screenings of the following films: ‘America Latina’, ‘The Inner Cage’, ‘The Predators’, ‘The Macaluso Sisters’, ‘Marx Can Wait’, ‘Ordinary Happiness’, ‘Hidden Away’ and ‘The Ties’.

The festival opens with a fitting tribute to Monica Vitti with the screening of the film ’La supertestimone’, an unforgettable performance by the recently deceased Roman actress.

‘Nuovo Cinema Italiano in Romania’ is supported by the National Theatre and Cinematographic Art University of Bucharest (UNATC), which is hosting three meetings which are being organized to accompany the screenings: the presentation and debate on Mario Sesti ‘s documentary ‘Bernardo Bertolucci: No End Traveling’; a round table on the Italian and Romanian audiovisual systems with operators from both countries; and finally a dialogue between Daniele Luchetti, Mario Sesti and the journalist Angela Prudenzi on the relationship between cinema and literature in Italy.

For more information, go to iicbucarest.esteri.it.