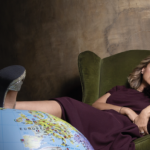 Portal of the Italian language
Categories: Culture and creativity -Music and Performing Arts
The Italian singer's world tour makes a stop in Algeria.

The Embassy of Italy and the Italian Cultural Institute of Algiers, in collaboration with the Algerian Ministry of Culture and Arts, the National Theatre of Algeria and the Regional Theatre of Oran, present a concert starring the Italian singer Tosca.

As part of her world tour, which is called the ‘Morabeza World Tour’, the singer will be performing on 19 March in Algiers and 21 March in Oran.

‘Morabeza’ was released in October 2019 and is the result of a long journey through countries around the world. Produced and arranged by Joe Barbieri, it contains original songs, covers of world music classics (sung in four languages), and features some of the great artists Tosca has met on this journey: Ivan Lins, Arnaldo Antunes, Cyrille Aimée, Luisa Sobral, Lenine, Awa Ly, Vincent Ségal, Lofti Bouchnak and Cèzar Mendes.

Tiziana Tosca Donati is a singer, actress and eclectic artist with an innate propensity for research and experimentation. This diversity has given rise to various projects such as ‘Romana’ – a tribute to Gabriella Ferri, ‘Sto Core Mio’ – a Neapolitan nocturne for Roberto Murolo, the ‘Appunti musicali dal mondo’ (Musical Notes from Around the World), which recall the artist’s passionate performances in the theatre adaptations of Fellini’s ‘La strada’ and Molière’s ‘Il borghese gentiluomo’.

Since 2015, she has been the general coordinator and director of the song department of the Pier Paolo Pasolini Atelier delle Arti, a laboratory for advanced artistic training and cultural hub of the Lazio Region.

She has collaborated with the greatest Italian and international artists, including: Ivano Fossati, Nicola Piovani, Ennio Morricone, Chico Buarque, Ivan Lins, Riccardo Cocciante, Lucio Dalla, Renzo Arbore, Renato Zero and Ron, with whom she won the Sanremo Festival in 1996.

She has released nine albums and has six live shows to her name.