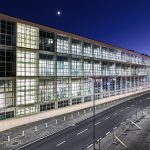 The world tour of the exhibition ‘Universo Olivetti. Community as concrete utopia‘, after Ekaterinburg, Berlin and Madrid, arrives in Matosinhos, in Northern Portugal, where it will be exhibited from 26 November to 23 January at Casa do Design.

Organized by the Italian Cultural Institute in Lisbon under the auspices of the Embassy of Italy, in collaboration with ESAD, Escola Superior de Artes e Design and with the support of the Municipality of Matosinhos, the exhibition aims to deepen the knowledge of one of the most multifaceted and extraordinary figures in the history of Italian and world industry in XX century: Adriano Olivetti.

Entrepreneur, industrialist, publisher, intellectual and politician, social innovator and forerunner of urban planning, Olivetti was able to combine the production process, social responsibility and attention to the urban space, creating, between 1930 and 1960,  unique, innovative and avant-garde model, which revolutionized the entrepreneurial culture of its time, still recognized as one of the most advanced examples of sustainability.

The inauguration of the exhibition, scheduled on November 26th, will be followed by a conversation between Pippo Ciorra and Francesca Limana, curators of the exhibition, and  Maria Milano, Director of the Department in Interior Design at ESAD.

‘In me there is nothing but the future‘, quoting him, we can say that Adriano Olivetti was a futuristic entrepreneur, a visionary like few others, a symbol of Made in Italy, capable of seeing beyond, of believing in the technological innovation and in the creative approach, always keeping into focus the human being and its needs, as well as social equity and the dignity of the working class.

‘Universo Olivetti’ is a project by the Ministry of Foreign Affairs and International Cooperation, in collaboration with the MAXXI Foundation and the Adriano Olivetti Foundation, the exhibition will travel the world thanks to the Italian Cultural Institutes. Main Sponsor: Olivetti S.p.A. Sponsor: Translated S.r.l. Technical partner: Associazione Archivio Storico Olivetti. 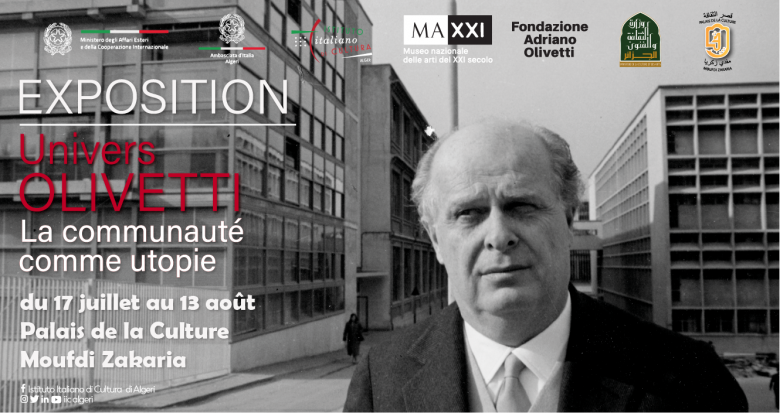 The Italian Embassy in Algeria and the Italian Cultural Institute of Algiers in cooperation with the Algerian Ministry of Culture...

After stops in Yekaterinburg and Berlin, arriving at the Sala Mercadal of the Colegio Oficial de Arquitectos (COAM) in Madrid...

On the occasion of Italian Design Day 2021 and as part of the international industrial fair INNOPROM, with Italy this...