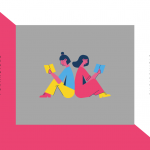 When I speak Schwyzerdütsch (Swiss variety of the German language, ed.) I feel like all the children in Switzerland; when I speak Schriftdeutsch (standard German, ed.) I am at school, when I speak Italian (see, I know it well!) at the language and culture course I feel close to my grandparents and I think of the national football team. When I learn French at school (I like it!), I think I would like to live in Paris and then there is English, which is useful and I can speak and understand it well, I have also read small books.

(Corinna, 11, Canton of Basel-Stadt, in response to the question “How many languages do you speak?”)

Bilingualism and, much more often, multilingualism, are such natural phenomena that, for at least a decade, many studies in applied linguistics have assumed that multilingualism is the norm, monolingualism the exception. Data show, in fact, that the majority of the world’s population possesses multilingual skills and that two-thirds of children grow up in multilingual environments.

There are multilingual realities in Europe: South Tyrol, where Italian, German and Ladin are spoken; Belgium, where French, Flemish and German are spoken; and Spain, where Castilian, Basque and Catalan are recognized as national languages.

We talked about this with Professor Carmela Grassi, a Head Teacher in charge of the Bern and Basel Consular Circumscriptions as of 2019. Previously, she was a tenured teacher in Italy, a teacher in language and culture courses in Germany and, as Head Teacher in the Province of Bolzano, she launched a multilingual project across the different school levels.

“Multilingualism and cultural diversity are part of the Swiss Confederation’s identity. As early as the 15th century, the core of the future Confederation consisted of territories inhabited by different language groups. Officially, there are four national languages: Italian, German, French and Romansh. But a large part of the population (also in connection with migrant communities) speaks several languages. Four cantons are, to all intents and purposes, multilingual: Bern, Friborg and Valais (German and French) and Grisons (German, Romansh and Italian). The most represented group is German-speaking, followed by French-speaking, Italian-speaking and Romansh-speaking,” explains Professor Grassi. “The incidence of Italian and other language speakers in the Swiss population is 15%, as measured by the Forum Elveticum in 2019″.

In the face of such a complex and challenging reality, what is the strategy identified for teaching languages in schools? “In 2004, the Swiss Conference of Cantonal Ministers of Education (EDK) adopted a national strategy for the development of language teaching. The most important contents were included in the Intercantonal Agreement on Harmonisation of Compulsory Education (HarmoS Agreement). This agreement provides for two foreign languages (a second national language and English) to be taught at primary level (one from the third year of primary school, the other from the fifth year at the latest). The choice of the first foreign language taught is made on a regional basis. In addition, there must be adequate provision in compulsory education for the optional teaching of a third national language“.

“Apart from Canton Ticino and Canton Graubünden (where Italian is one of the main languages), in Swiss schools in the German- and French-speaking cantons, Italian is taught as an optional subject, or as a feature of certain school curricula, from secondary school onwards. Demand for Italian is relatively stable and among Italian learners there is a growing interest in regaining the knowledge of previous generations,” Professor Grassi continues. “In Swiss secondary schools, excluding Canton Ticino, about 3,000 students learn Italian , as measured by Mercator in 2018″.

A fundamental contribution to the promotion of the Italian language in Switzerland comes from the language and culture courses offered by the Ministry of Foreign Affairs and International Cooperation. “Created in response to the emigrant community’s need to maintain a strong link with Italy, the courses are now a powerful tool for disseminating our language and culture. They provide a quality service for early language learning and make a significant contribution to the harmonious growth of multilingualism among the Confederation’s school population“, emphasizes Professor Grassi. “Almost 10,000 pupils attend the courses, from the last year of nursery to the end of compulsory education and training. In addition, an increasing number of secondary school students are acquiring language certification from bodies recognized by the Italian Language Quality Certification Association (CLIQ)”.

Another important dimension is projects, which testify to the vibrancy of the educational offer: these are initiatives linked to programmes of the Representations for the promotion of the Italian language and culture, and activities to promote organic and harmonious learning of Italian alongside the other languages spoken by the pupils: “For example, the courses in Bienne (Canton of Bern) have been awarded the national eTwinning label and some students have received recognition from the Centro per il Libro e la Lettura (Centre for Books and Reading). In addition, the School Offices promote numerous initiatives to promote multilingualism in Switzerland,” Professor Grassi concludes. “In Geneva, there is an agreement for two important local school projects (Projet Ecole ouverte aux langues/EOL and Projet Evaluation en langue d’origine/EVLO); in Zurich, cooperation with the canton has been going on for many years through the QUIMS-Quality in multicultural schools project; in Basel and Berne, ministerial teachers regularly participate in the Apriti Sesamo projects to support multilingual and multicultural education in the canton’s primary schools and in the meetings of the Ponti Linguistici e Culturali (Language and Cultural Bridges) project for secondary schools. All this contributes to the main objective of our educational offer, which is to promote the Italian language and culture, while at the same time strengthening the Confederation’s multilingualism“.