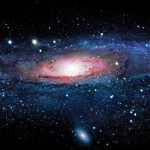 The first edition of the event ‘La scienza che diverte sotto il cielo dello Stretto’ took place in Reggio Calabria, from 24 to 26 September 2021, as part of the “Cosmos” science festival.

On 26 September, during the closing ceremony, in the Aula Magna of the Engineering Department of the Mediterranea University, the winners of the Cosmos Prize, dedicated to popularising scientific culture, were awarded.

Introducing the event and acting as moderator was Gianfranco Bertone, Director of the European Consortium for Astroparticle Theory. Numerous speeches followed, including those of the Rector of the Mediterranea University of ​​Reggio Calabria, Santo Marcello Zimbone, the Mayor of the Metropolitan City, Giuseppe Falcomatà, and other personalities from the world of education, research and culture.

Serena Bonito, head of Section II of Office V of the Directorate General for Cultural and Economic Promotion and Innovation, spoke on behalf of the Italian Ministry of Foreign Affairs and International Cooperation. The importance of the new collaboration between the Cosmos Prize for students and the network of Italian schools abroad was emphasized for its ability to combine two important aspects: the focus on popularising science and stimulating the use of the Italian language by writing reviews of the nominated books. In fact, in the broader objective of promoting the Italian language and culture abroad, an important role is played by scientific culture, which forms an inseparable combination with humanistic culture.

Professor Bonito went on to highlight how the cultural amalgamation of the four Italian schools abroad – Madrid, Barcelona, Casablanca and Cairo – that took part in the competition, fully represents the spirit of the Prize, which is reflected in the common reference to the Mediterranean, a sea that unites through a passion for science.

Also taking part in the event was Licia Troisi, winner of the Cosmos prize for students with her book ‘La sfrontata bellezza del cosmo‘ (The shameless beauty of the cosmos), who was awarded the prize by a delegation of students together with Ministry of Education director Anna Brancaccio. Following this, the writer entertained the audience with a taste of her book, with a presentation on the theme of “the shameless beauty of comets”.  Cosmos Prize winner David Spiegelhalter was also honoured and sent a video message.

You can rewatch the event on the Ingegneria DICEAM Facebook page of the Mediterranea University of Reggio Calabria.