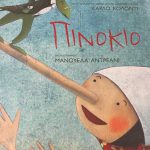 Portal of the Italian language
Categories: Uncategorized -Language and education -Literature and Publishing

For the first time, an exhibition brings together some of the most beautiful and original covers of Pinocchio, the most translated Italian book in the world.

From 4 May 2022, the first virtual exhibition of Pinocchio translations will be available on www.newitalianbooks.it. Curated by Mario Casari, professor at Rome’s ‘La Sapienza’ University, the exhibition presents a wide selection of covers of the world’s most translated Italian book.

The Adventures of Pinocchio by Carlo Collodi is the most translated book in world literature. There are dozens and dozens of different translations of Pinocchio in English, French, German and Spanish, to name the most widespread European languages; but also over thirty in Chinese, over twenty in Russian, at least fifteen in Persian – to give but a few examples of less obvious languages.

Of this immense journey, the exhibition ‘Pinocchio in the World: Visual Translations’ represents an inevitably partial selection, but one that offers not only a chronological overview, practically uninterrupted from the first foreign translation to the present day, but also a colourful panorama of the great variety of approaches to this kaleidoscopic text, absorbed in different countries and languages as a children’s novel, as a puppet, as a journey of formation, as a picaresque song, as a social novel…

From Bulgarian to Lithuanian, from Malagasy to Swahili, from Latin to Triestine dialect, the exhibition crosses some fifty different languages, showing how a translated book is not only a book ‘rewritten in a new language’, but becomes a “literary object” different from the original thanks to its editorial collocation and its new graphic design.

Look for more information on: www.newitalianbooks.it.