Portal of the Italian language

Our country boasts an extraordinary cultural and natural heritage, which presents us to the rest of the world as a superpower of beauty and culture.

In addition to its enormous wealth of cultural and environmental assets, Italy also has a wide variety of traditions, crafts, artistic expressions and cultural industries. Activities related to UNESCO programmes and conventions help to protect the various aspects of Italy’s heritage, as well as encouraging innovative and sustainable ways to manage, enjoy and creatively produce these assets, raising awareness and engaging society as a whole.

The Convention for the Protection of Cultural and Natural Heritage, adopted by UNESCO in 1972, established the World Heritage List, which includes cultural and natural assets from various countries all over the world that are recognised as being of exceptional interest and universal value for all of humanity. Cultural, natural and mixed assets as well as cultural landscapes may be inscribed on this list; the World Heritage Committee selects the sites to be inscribed on the list on a yearly basis. The Convention entrusts Member States with the task of identifying potential sites, protecting and preserving candidate sites and those already inscribed on the list and raising awareness among citizens through education and information programmes. 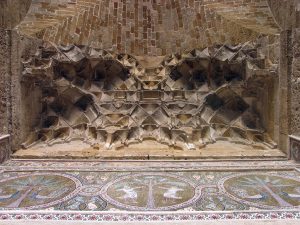 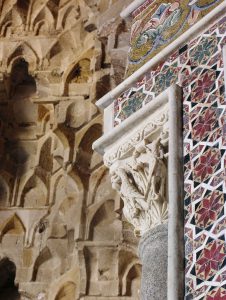 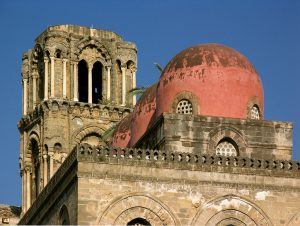 To date, UNESCO has inscribed a total of 1154 sites on the World Heritage List (897 cultural sites, 218 natural sites and 39 mixed sites) present in 167 countries around the world. Italy has the largest number of UNESCO World Heritage sites: 58 sites. 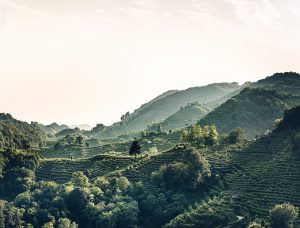 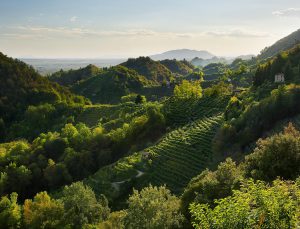 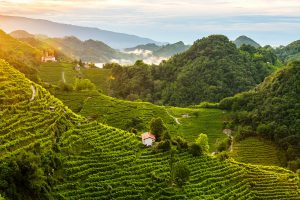 Out of Italy’s 58 sites, 5 are natural sites (Aeolian Islands, Monte San Giorgio, the Dolomites, Mount Etna, the Ancient and Primeval Beech Forests of the Carpathians and Other Regions of Europe) and the remaining 53 World Heritage sites count 8 cultural landscapes: Costiera Amalfitana, Portovenere, Cinque Terre and the Islands (Palmaria, Tino and Tinetto), the Cilento and Vallo di Diano National Park with the archaeological sites of Paestum, Velia and the Certosa di Padula, the Sacri Monti of Piedmont and Lombardy, Val d ‘Orcia, Medici villas and gardens in Tuscany, the Vineyard Landscape of Piedmont ( Langhe-Roero and Monferrato) and Le Colline del Prosecco di Conegliano e Valdobbiadene.

In 2007, Italy signed the Convention for the Safeguarding of the Intangible Cultural Heritage, adopted by UNESCO in 2003. The definition of “intangible cultural heritage” covers an extraordinary set of living traditions, customs, knowledge and practices that are passed down from generation to generation: language and other oral expressions and traditions, performing arts, social practices, rituals and festivals, traditional crafts, expertise and practices regarding nature and the universe. Conserving this heritage is essential in preserving the countless nuances of cultural diversity in the face of globalisation, helping to nurture mutual respect and intercultural dialogue.

To date, UNESCO has recognised 629 intangible cultural assets in 139 countries around the world.

These include eight national assets:

Memory of the World

The Memory of the World Programme was created in 1992 to tackle serious deterioration processes of, and difficulties in accessing, library collections and archives in many areas of the world, due to social conflicts or war, looting, illegal trade, climatic factors, inadequate storage and lack of financial resources. This Programme aims to promote the safeguarding of documentary heritage through the most up-to-date preservation techniques and to ensure universal access and awareness of its significance, also through copies made using new technologies, in compliance with national legislation, copyright and property rights and honouring the various cultural sensitivities involved. As part of the programme, a Memory of the World Register has been created to record documentary heritage that is recognised as having universal value and that must be safeguarded: manuscripts, volumes, collections of books and documents, but also images, recordings and films.

The Register includes eight Italian assets, five of which are national:

The other three are transnational:

The Unesco Creative Cities Network was created in 2004 to promote international cooperation between cities that have identified creativity and the cultural industry as a strategic factor for sustainable urban development. The network currently counts 295 cities in countries around the world and is divided into seven creative sectors: Music, Literature, Crafts & Folk Art, Design, Media Arts, Gastronomy, Film.

Creative Cities are committed to developing partnerships with public and private entities, sharing best practices and actively working with other network members to achieve a number of common goals: to strengthen the range of cultural activities, goods and services on offer; to develop hubs of creativity and innovation and broaden opportunities for professionals in this sector; to increase participation in cultural life, in particular for the most vulnerable and marginalised individuals and groups; to fully integrate culture and creativity into sustainable development plans. Thanks to this work, Creative Cities also play a key role in achieving the objectives set by the UN’s 2030 Agenda.

The following Italian cities are currently members of the Creative Cities network:

The XIII Creative Cities Annual Conference was held in Fabriano in June 2019.

In a rapidly changing world, “lifelong learning”, developing new knowledge, skills and talents, allows for better adaptation to social and environmental changes. On this basis, UNESCO established the Global Network of Learning Cities in 2015: a network of communities and cities that strive to promote lifelong learning, supporting education, from basic schooling through to university studies, and revitalising learning in families, communities and workplaces, also by using new technologies. To encourage and reward cities that achieve outstanding results in reaching these goals, the UNESCO Learning City Award was established. The Italian cities included in the network are Turin (2016), Fermo (2018), Palermo (2019), Lucca (2020) and Trieste (2020).

The UNITWIN/UNESCO Chairs Programme was launched in 1992 to promote international collaboration between universities all over the world; through the network, universities can share human and material resources to tackle the most urgent challenges together and to contribute to the development of society. By providing experts and intermediaries between the academic world and civil society, the Chairs Network helps to inform policy-makers, develops educational initiatives and innovative research projects, enriches existing university programmes and is committed to promoting and protecting cultural diversity. A UNESCO Chair is established for a four-year period through an agreement signed by the UNESCO Director General and the Rector of the university or research institute. Universities and research institutes based in different countries can also network (between 3 and 10 at a time) and establish a partnership with UNESCO through the UNITWIN Cooperation Programme. Both the Chairs and the UNITWIN Cooperation Programmes are activated within UNESCO’s scope of responsibility: education, natural and social sciences, culture and communication. There are currently 850 Chairs and UNITWIN Programmes in 117 countries. In Italy, there are 36 UNESCO Chairs, relating to the following sectors: biotechnology, human rights, human development, the culture of peace, international cooperation, sustainable development, bioethics, the inclusion of migrants, natural resources, environmental risk prevention and management, health, education, intangible cultural heritage, landscape, cultural heritage and territorial governance, urban planning and health.

The UNESCO Associated Schools Network (ASPnet) brings together schools of all types and levels from all over the world, both state and state-authorised, with the common goal of strengthening education for young people about peace, intercultural dialogue, respect for human rights and sustainable development. There are around 11,500 associated schools in 182 countries, all of which strive to integrate UNESCO’s fundamental principles into their curricula and activities, promoting innovative teaching methods, participatory learning approaches, capacity-building and the sharing of knowledge, experiences and best practices with schools, individuals, communities, policy makers and society as a whole. The Network aims to give students the ability to tackle present and future challenges in a constructive and creative way, creating sustainable and resilient societies where citizens are able to make informed and responsible decisions. UNESCO has published a manual to help teachers adequately address the issue of sustainable development: “Education for Sustainable Development Goals-Learning Objectives”.

The Man and the Biosphere (MAB) Programme, launched in 1971, is an intergovernmental scientific programme aimed at promoting a balanced relationship between people and the environment, combining the protection of ecosystems and biodiversity with the adoption of economic development strategies that are environmentally sustainable as well as being effective from a social and cultural point of view. At the heart of the programme is the network of Biosphere Reserves, which includes terrestrial, marine/coastal ecosystems or a combination thereof. Through interdisciplinary research and cooperation, the Reserves experiment with new forms of interaction between ecosystems and society, providing innovative and effective sustainable development models.

The Network currently counts 727 Biosphere Reserves (including 22 transboundary sites) in 131 countries. There are 20 Reserves in Italy: the last to have obtained recognition are those oof the Julian Alps (2019) and of Monte Grappa (2021).

For more information, visit the  website  of the Italian Ministry for Environment, Land and Sea Protection.

The Global Geoparks Network (GGN) was established in 2004 by 17 European and 8 Chinese geoparks, to encourage the sharing of best practices and the development of joint projects between areas that are internationally recognised for their geological heritage.

In 2015, UNESCO launched the new UNESCO Global Geoparks initiative, aimed at promoting the management of Geoparks according to a holistic concept of protection, education and sustainable development. In UNESCO Geoparks, protecting geo-diversity goes hand-in-hand with sustainable development strategies and a commitment to involving local communities, raising awareness about respecting the environment, using resources in a balanced way and enhancing the links between geological heritage and other forms of natural and cultural heritage. The Network currently counts 169 Geoparks in 44 countries all over the world.

There are eleven Global Geoparks in Italy:

In 2015, these sites were inscribed on the UNESCO Global Geoparks list.