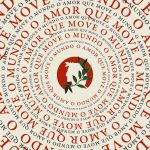 From San Paolo, a competition for love stories inspired by the Divine Comedy as told in short films.

The Italian Cultural Institute of San Paolo, in collaboration with the Consulate General of Italy in São Paulo and ENIT – the National Tourism Agency, is holding the competition ‘O amor que move o mundo‘, for love stories told on film.

The project is a tribute to the Florentine poet and politician Dante Alighieri and his most famous work, ‘The Divine Comedy’, an epic poem in which the author travels through Hell, Purgatory and Paradise on a journey that leads him be reunited with his early love Beatrice Portinari.

To participate, applicants must submit a video of up to one minute in length, telling a personal story involving a major transformation, one in which they felt moved by love – any sort of love. The registration must contain one of the following phrases: ‘L’amore che muove il mondo’ (‘the love that moves the world’) or ‘L’amor che move il sole e l’altre stelle’ (‘the love that moves the sun and the other stars’) – the last verse of Dante’s masterpiece.

Registrations open on 23 August and must be made by 7 September on the dedicated website www.danteopoeta.art.br, where the rules of the competition are available.

From 13 to 30 September, videos which comply with the rules will be accessible on the portal and subject to a vote by the public, who will select the 5 finalists. These will be analyzed by the competition jury, who will decide on the winner. The result will be published on the portal on 22 October.

The winner will be rewarded with a week-long trip along the Brazilian coast, on board the Italian ship Costa Smeralda, which is considered to be a travelling smart city. The vessel incorporates a number of cutting-edge technological innovations designed to reduce its environmental impact.