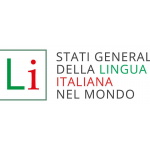 Portal of the Italian language
Categories: Culture and creativity -Literature and Publishing
The biennial event is a meeting opportunity for people interested in promoting our language worldwide.

The initiative aims to stimulate the collection and analysis of data on the diffusion of the Italian language abroad, such as the research and definition of new tools for this purpose.

On 22 October 2018, the third edition of the Convening for the Italian Language in the World was held in Villa Madama.
The theme “Italian and the net, networks for the Italian Language”, taken up by the XVIII Week of the Italian Language in the World, is very topical. On the one hand, it offers the opportunity to reflect on the evolution of our language on IT platforms and on the potential of the internet in education and teaching: On the other, it is an opportunity to promote the different “physical networks” that work towards the dissemination of our language: Italian Cultural Institutes, Italian schools, professorships at foreign universities, Committees of the Dante Alighieri Society, as well as the network of our fellow Italians abroad.

The Minister of Foreign Affairs and International Cooperation Enzo Moavero Milanesi gave the opening speech, followed by words from the Minister of Education, University and Research Marco Bussetti. The President of the Accademia della Crusca Claudio Marazzini, the President of the Dante Alighieri Society Andrea Riccardi, the Swiss Ambassador to Italy Giancarlo Kessler and the President of RAI Marcello Foa also spoke at the event. The guests included linguists, Italian and foreign teachers, writers of various nationalities who speak in Italian, representatives of Italian communities abroad, as well as representatives from the major virtual network enterprises, such as Google Italy and Facebook Italy.

After the institutional session, the event was divided into two plenary sessions devoted to “The Italian language on the Internet and on social media” and to the “Networks of the Italian language in the world”. The first session analysed the presence of the Italian language in social media and the influence social media have on the evolution of language. The second session opened up the floor to various representatives of the networks that form the basis for language dissemination and to foreign guests who have chosen, over time, to make Italian their preferred language and working language.
A final plenary session presented the data on the dissemination of the Italian language in the world, collected and processed in collaboration with the partners, and the reports of three Working Groups: one on the Single Certification of Language, one on the Italian education system in the world and one on strategies of language promotion and the related national plans.
The event was organized by the Ministry of Foreign Affairs and International Cooperation in collaboration with the Ministry of Education, University and Research, the Accademia della Crusca and the Embassy of the Swiss Confederation.

The Convening for the Italian Language in the World has discussed the following topics in past editions:

2016 | SECOND EDITION, ITALIANO LINGUA VIVA
The second edition of the Convening for the Italian Language in the World, entitled Italiano Lingua Viva (Italian Living Language), took place in Florence on 17 and 18 October 2016. The event was dedicated to the promotion of language and culture abroad, with particular focus on the role of the business world and of Italian-made creative productions, thanks in part to a round table on the use of the Italian language in business communication strategies moderated by Beppe Severgnini with the participation of Olivier François (FCA), Andrea Illy (Illycaffè), Clemént Vachon (San Pellegrino), Lelio Gavazza (Bulgari) and Annamaria Testa. The initiative took place in conjunction with the XVI Week of the Italian Language in the World (17 – 23 October 2016) dedicated to the theme of creativity entitled “Italian and creativity: brands and customs, fashion and design”.

2014 | FIRST EDITION, L’ITALIANO NEL MONDO CHE CAMBIA
The first edition of the Convening in October 2014 had the merit of relaunching the promotion of the Italian language abroad as an extraordinary tool of foreign policy and promotion of the country as a whole. This edition took stock of the state of diffusion of Italian teaching abroad and defined an operational strategy with the launch of new and innovative projects.
The 2014 initiative, promoted by the Ministry of Foreign Affairs and International Cooperation in collaboration with the Ministry of Education, University and Research and with the Municipal Authority of Florence, was an opportunity to outline new strategies for disseminating Italian abroad based on current challenges.