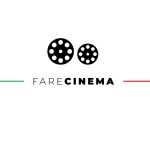 Portal of the Italian language
Categories: Culture and creativity -Cinema and Audio-visual
The thematic festival to promote quality Italian cinema and the film industry of our country abroad.

Launched in 2018, Fare Cinema is a week-long event held annually between May and June and dedicated to the “seventh art”. It involves events organised all over the world at Embassies, Consular Offices and Italian Cultural Institutes to promote the best of Italian cinema among foreign audiences.

From the very first edition, it has focused in particular on the numerous professions in the industry, i.e. to the many professionals – actors, directors, writers, cinematographers, set designers, composers, costume designers, make-up artists, editors, special effects technicians … – who make up the complex machine of film production and who, in front of or behind the camera, contribute to the success of Italian cinema at home and abroad. A wealth of expertise adding value to the great Italian professionalism in the film industry.

Fare Cinema is part of the initiatives envisaged in the integrated promotion plan Vivere ALL’Italiana, for which film is one of the priority areas.

Since 2020, we have also celebrated Italian Film Day.

Silvia Scola, who studied under Age and Ettore Scola, is a screenwriter and has worked on films such as 'La...

In 2020 too, Fare Cinema focuses on the film professions, aiming to give visibility and prominence to the professional figures...

Stefano Reali is a director, composer and screenwriter for film and television. He has worked with the great masters of...

Beatrice Kruger is one of the best known casting directors nationally and internationally. With her agency, FBI Casting, she boasts...