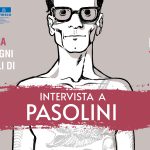 As part of the celebrations for the 100th anniversary of the birth of Pier Paolo Pasolini, the international tour of Davide Toffolo’s ‘Interview with Pasolini’ exhibition will start at the Italian Cultural Institute in Belgrade on 18 May.

Promoted by the Ministry of Foreign Affairs and International Cooperation, the initiative edited by the Viva Comix Association evolves from the original drawings of the homonymous graphic novel penned by the famous cartoonist and musician Davide Toffolo. The Italian edition of the book was first published in 2002, and subsequently translated into French, Spanish and – shortly – Serbian. The exhibition itinerary is completed by the drawings done by Toffolo during the live concert ‘Pasolini, a meeting’.

As highlighted by the curator of the project Paola Bristot, professor at the Academy of Fine Arts in Venice and president of the Viva Comix Association,

Pasolini loved comics and in his artistic research he used them for the story-board of the film ‘The Earth As Seen from the Moon‘.

Hence Toffolo’s idea of choosing the language of comics for a final dialogue with the great intellectual, who takes up and updates many of the issues dear to him: standardization, systems of authoritarianism and the spectacularization of culture and communication.  Thanks to the power of the drawings, which portray an alter ego of Pasolini (a double, maybe a ghost) against the background of the places in his life, Toffolo’s work offers an unprecedented perspective of analysis of Pasolini’s thought: the words spoken by Pasolini from the comic derive from real articles, interviews and speeches, which constitute an original introduction to his critical reflection and essay production.

Born in Pordenone in 1965, Davide Toffolo is one of the most important authors of comic books on the Italian scene. He wrote and illustrated the books ‘Carnera‘, ‘Il Re Bianco‘, ‘Il Cammino della Cumbia’, ‘Graphic novel is dead’ and the recent ‘L’ultimo vecchio sulla terra‘ based on the texts of the Roman artist and poet Remo Remotti. Creator of the ‘Cinque Allegri Ragazzi Morti‘ series, Toffolo is well known as the voice and guitar of the band Tre Allegri Ragazzi Morti, and founder with Enrico Molteni and Luca Masseroni of the La Tempesta Dischi label, which produced and published numerous proposals for independent Italian music. 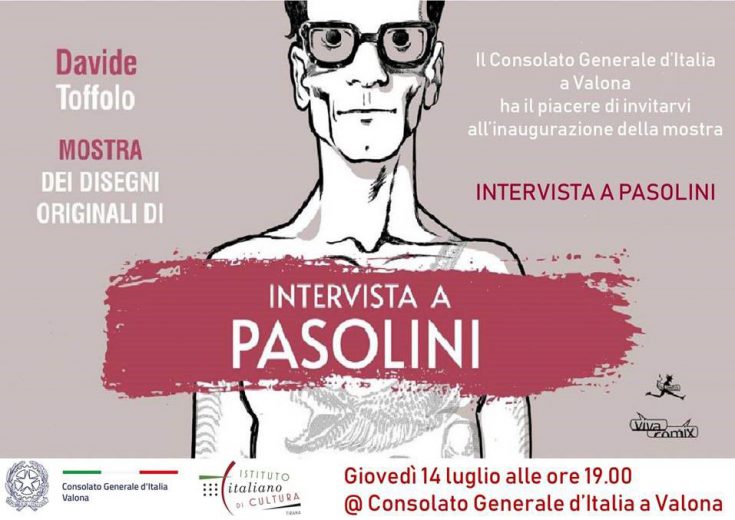 As part of the celebrations for the 100th anniversary of Pier Paolo Pasolini's birth, the Consulate General of Italy in...