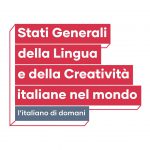 Portal of the Italian language
Categories: Culture and creativity -Language and education
Culture, economy, innovation: a day of reflection and dialogue to relaunch and promote the Italian System in the world.

A day for reflection, dialogue and defining strategies to relaunch and promote the Italian System from an integrated perspective of culture, economy and innovation, by promoting the Italian language and the country’s creative energy.

The ‘Stati Generali della Lingua e Creatività Italiane nel Mondo’  will meet in Rome on Monday 29 November at the Farnesina, attended by the President of the Republic.

Organized by the Ministry of Foreign Affairs and International Cooperation, the States General is traditionally the main institutional event dedicated to reflecting on the dissemination of our language and defining strategies for its enhancement at international level.

This year the ‘Stati Generali will be dedicated to the theme ‘L’Italiano di domani’. The discussions among the speakers and the final policy document that will be presented on the day will focus on a renewed and contemporary vision of the promotion of the Italian System. The aim is to present Italy in an increasingly integrated manner, also by defining concrete lines of action to enhance the value of the Italian language and its use as an ambassador for the dissemination of creativity and Made in Italy around the world.

The Farnesina and the ‘Stati Generali’

The Ministry of Foreign Affairs and International Cooperation, with its offices in Rome and over 300 foreign offices, represents Italy throughout the world. One of its many tasks is to promote Made in Italy in all its forms, enhancing the cultural and creative, economic, scientific, technological and innovation fields. In this context, the Farnesina also has the mission of promoting the Italian language and creativity in the world.

This work is carried out using a variety of tools, both through its offices abroad and through the numerous projects implemented by the Directorate General for Cultural and Economic Promotion and Innovation: from scholarships offered to foreign citizens to come and study in Italy, to organizing thematic exhibitions on cinema, cuisine and design, and managing the italiana portal, to name but a few.

In past editions, the ‘Stati Generali della lingua italiana nel mondo’ have been an opportunity for reflection through which the Farnesina, every two years, has taken stock of its work to promote the Italian language in the world and outlined new horizons for the future. The initiative was born out of an awareness of how the Italian language – currently studied by around two million people worldwide – is an ambassador for Made in Italy, as well as a fundamental tool for spreading knowledge of our country, its culture, its products and its values abroad.

In this edition, the Farnesina, with a view to achieving integrated promotion that encompasses the broader Italian productive context beyond the cultural and creative spheres, has decided to combine language and creativity, recognized as another element that has characterized being Italian for centuries.

Emphasising its forward-looking nature, the 2021 ‘Stati Generali’ are therefore entitled ‘L’Italiano di domani. Stati Generali della Lingua e Creatività Italiane nel Mondo‘, with a special focus on the relationship between creativity and innovation, with a view to the integrated promotion of Italy’s image in the world.

The lead-up to 29 November saw the creation of four working groups (dedicated respectively to two crucial aspects of the promotion of Italian in the world, training and dissemination, and then to creativity and innovation) which were given the task of defining – through a series of meetings – a vision document on the role to which the Italian language could aspire as an ambassador of creativity and Made in Italy in the world.

This document, a veritable manifesto for the promotion of the Italian System expressed in its three dimensions of culture, economy and innovation, metaphorically held together by language and creativity, will be presented on Monday 29 November in the presence of the President of the Italian Republic. During the event, representatives from various sectors will also meet to share stories, ideas and experiences and reflect together on how to improve the promotion of Italy in the world.